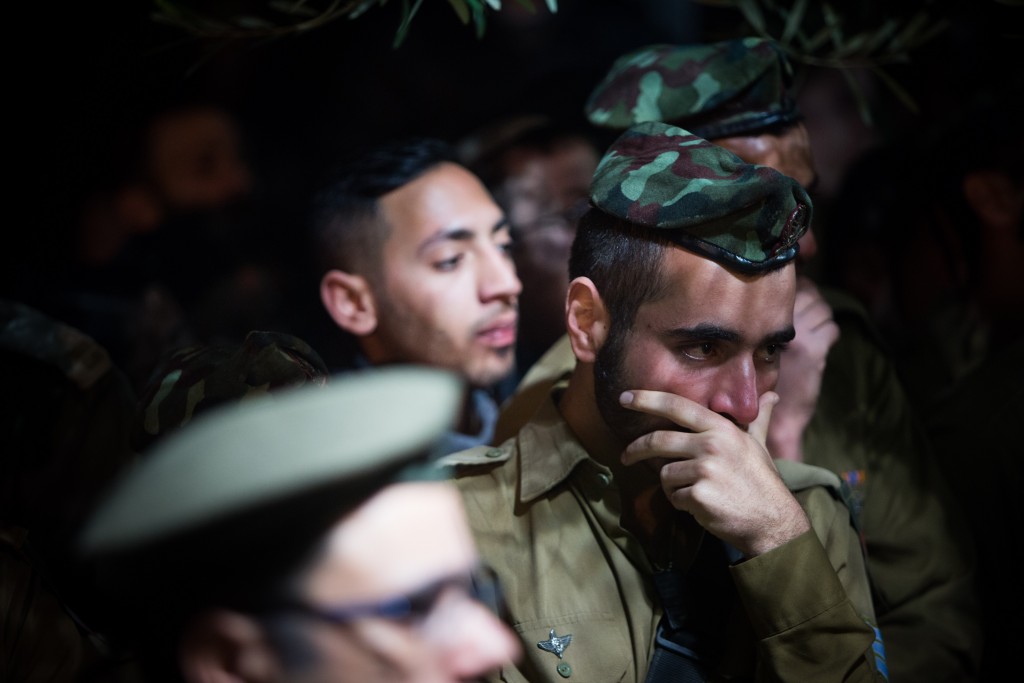 Over a thousand people attended the levayah of Captain Yishai Rosles, z”l, who was killed in a training accident in southern Israel Tuesday. The levayah for the 23-year-old officer was held at the IDF military cemetery on Mt. Herzl late Wednesday.

Rosles was an immigrant from Mexico, and the levayah began only at 1 a.m.Thursday morning, in order to enable members of his family to participate. He immigrated to Israel when he was a child, and became a baal teshuvah over the years.

Rosles had a wide range of acquaintances and friends, many of whom were in attendance, along with hundreds of other people who did not know him. Family members who had been interviewed in the Israeli media expressed concern that the levayah would not be well attended, and many in the crowd said they were responding to that call.

Rosles’s father thanked the many who attended. “Yishai, I don’t know what words to use to say good-bye,” he said in his hesped. “In the 24 hours since you have been gone I have heard so many stories that I was not aware of. You were ready to help anyone who needed help in any way. You left us behind with our broken hearts. Our only consolation is that you are now in Olam Haba.”

After the accident, which involved an exploding mortar shell that was apparently misfired, General Guy Tzur, IDF Commander of land operations, ordered an immediate halt to all training exercises, pending an initial investigation into Rosles’s death. Tzur also ordered the formation of a committee to investigate the incident. The committee will be headed by Colonel Ophir Levy, who directs the army’s tank battalions.