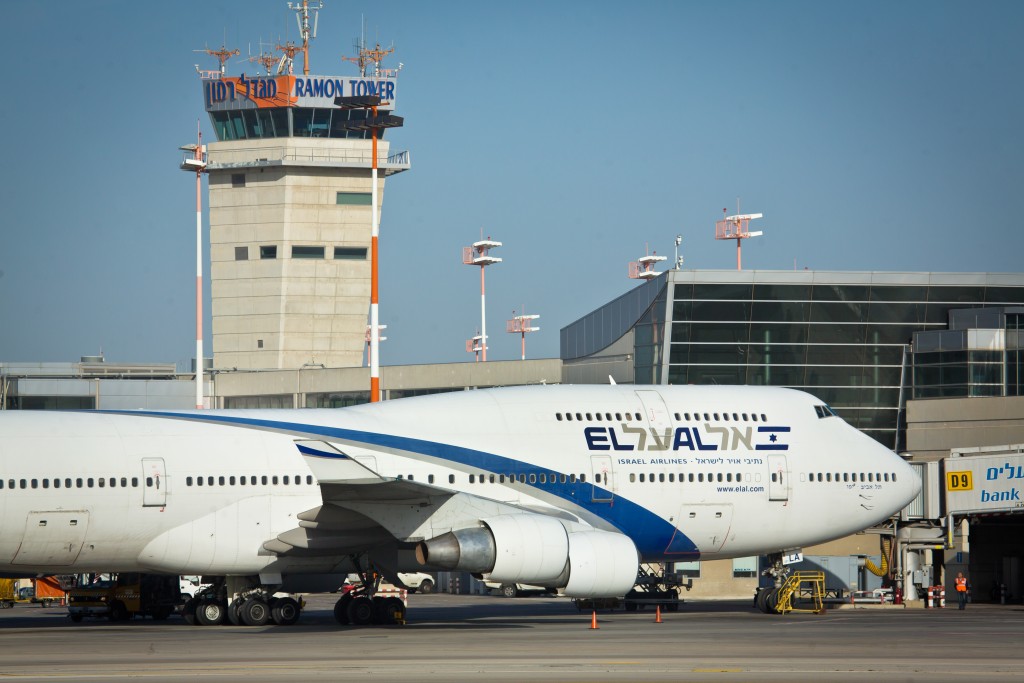 The Israeli carrier is grappling with a slump in tourism fueled by political violence, as well as intensified competition after Prime Minister Binyamin Netanyahu’s government opened the market to low-cost operators in 2013. Yet the 1.41 billion shekel ($362 million) company has a combination of factors in its favor: falling oil prices and the strength of the shekel.

The stock has increased four-fold in the past year to outperform every one of its global peers. Psagot Investment House Ltd., Israel’s largest money manager, says the shares may rise at least a further 50 percent as Israelis take advantage of their increased purchasing power. The number of people taking trips abroad has risen 15 percent so far this year, according to the Yerushalayim-based Central Bureau of Statistics.

El Al “finds itself in an excellent financial position,” Noam Pincu, a Tel Aviv-based Psagot analyst with a buy rating on the “very cheap” stock, said in a note. “The company has an advantage in that it’s Israel’s leading airline, and in our assessment, the Israeli market is expected to grow faster relative to the world.”

The shares have risen as the price of Brent crude sank to an 11-year low this year, cutting the price of fuel needed to run the carrier’s fleet of about 50 aircraft.

El Al reported last month a nine-fold surge in third-quarter earnings to $93 million, the highest three-month profit since at least 2004. The company paid its shareholders in August the first dividend since 2008. The stock rose as much as 3.2 percent, bringing its 12-month advance to 351 percent on Wednesday.

The performance represents a turnaround for El Al. In 2013, airline officials and unions predicted the Open Skies agreement with the European Union, which gradually increased the number of airlines operating between Israel and Europe, would crush the local aviation industry.

It has since settled a labor dispute, upgraded its fleet with nine Boeing Co. Dreamliners and plans to fit jets with an anti-missile laser platform to bolster its reputation as one of the world’s safest airlines. No El Al plane has been hijacked since 1968. Even with increased competition, the carrier has managed to maintain a 30 percent share of Ben Gurion airport’s passenger travel, according to El Al’s financial reports.

With oil prices likely to remain depressed due to a global oversupply and the shekel gaining 11 percent against the euro so far this year, the airline’s momentum should continue, said Yaniv Pagot, the head of strategy at Ayalon Group Ltd.

“The company received an unexpected gift in the form of the collapse of world oil prices,” Pagot said from Ramat Gan, Israel. “Barring some significant geopolitical event, it looks like this level is the new normal. And a stronger currency just means places like Europe are cheaper for Israelis.”