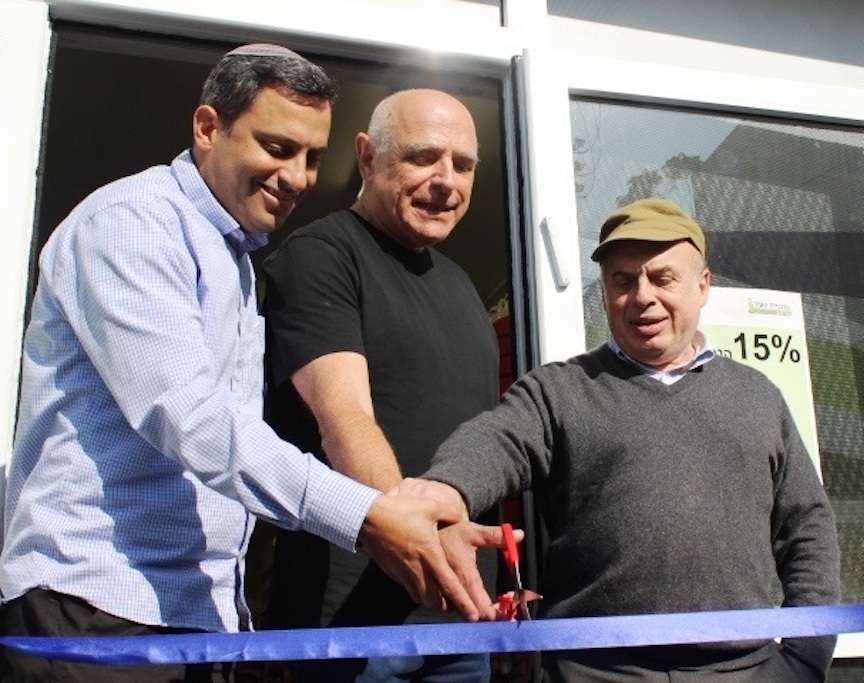 The first store in what officials expect to be a chain of discount supermarkets for Israel’s needy was launched Monday in the southern city of Sderot. The first non-profit supermarket chain in Israel, Tzarchaniyat Ha’Ir (“CityMart”) will operate as a social venture, with all profits going toward launching additional branches, lowering prices even further and fostering communal activities for local residents, especially aimed at getting young people in communities to volunteer to help the elderly and needy children.

The 200-square meter Sderot branch is soon to be joined by a second branch in Arad, to be opened in January. The goal is to launch ten new branches every year, and forty in total over the first few years. Tens of millions of shekels will be invested in this venture, officials said.

The new chain will have all the trappings of “classic” supermarkets, operating like other stores – except that the prices and products will be geared to the needs of poor consumers, as opposed to manufacturers. The products sold in the co-ops will be sourced from small and medium-sized companies, in an effort to offer residents of Israel’s socioeconomic periphery lower-cost groceries. Local producers will also be offered an opportunity to join the project.

Products will be received at several logistical centers, which will supply local branches according to their needs. The individual co-ops will survey the lowest prices offered in the area, ensuring that each individual product is offered at the lowest price available amongst competitors. Additionally, members of the chain’s buyers’ club will receive a 15-percent discount.

The project is sponsored by the Jewish Agency together with the Israel Venture Network (IVN), with the assistance of UJA-Federation of New York, as well as the United Jewish Endowment Fund of Greater Washington, and private donors. Speaking at the event, Jewish Agency chairman Natan Sharansky said that “the new initiative seeks not only to lower the cost of living and ensure that everyone has access to high-quality, affordable groceries, but also to strengthen the local community by involving community members, consumers, and activists in a cooperative effort that belongs to them alone.”