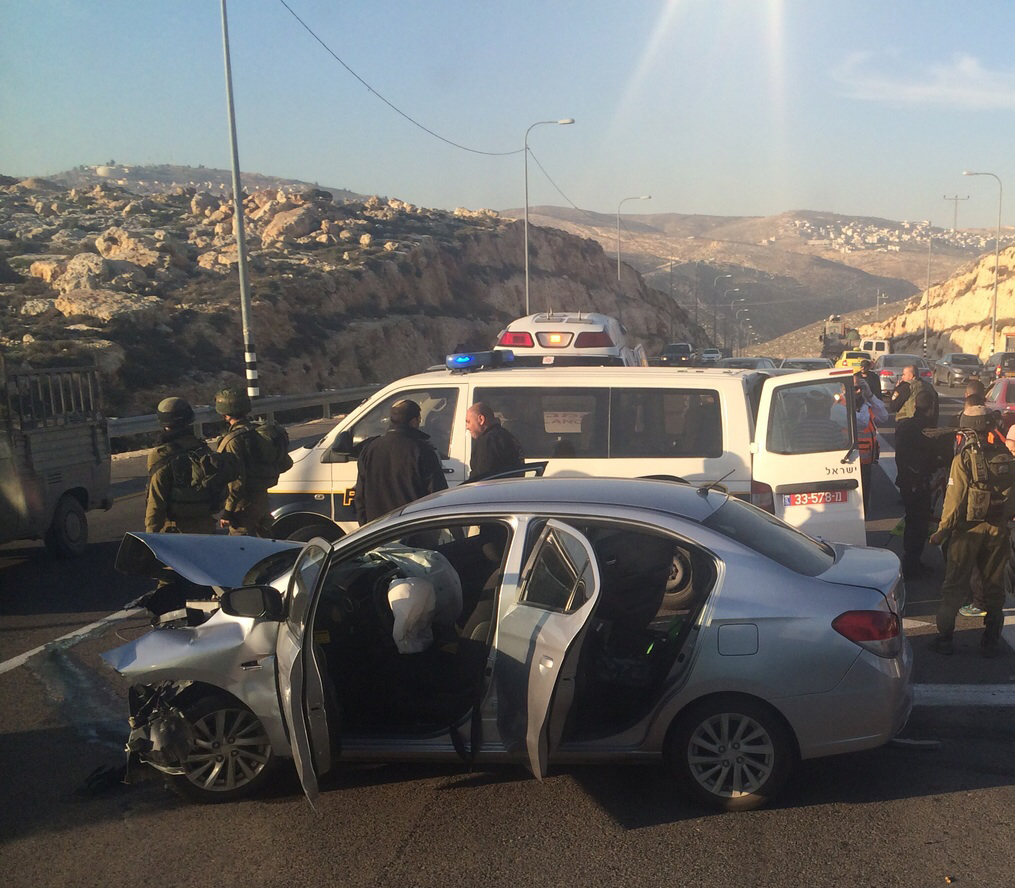 Four Israelis were injured Thursday afternoon in a car ramming attack near the western Shomron town of Beit Aryeh. One of the injured was in serious condition.

Large numbers of police and IDF soldiers were on the scene. The attack occurred near the Arab village of Luban, outside of Beit Aryeh, on Road 446. The driver left the scene, and IDF troops were looking for him.