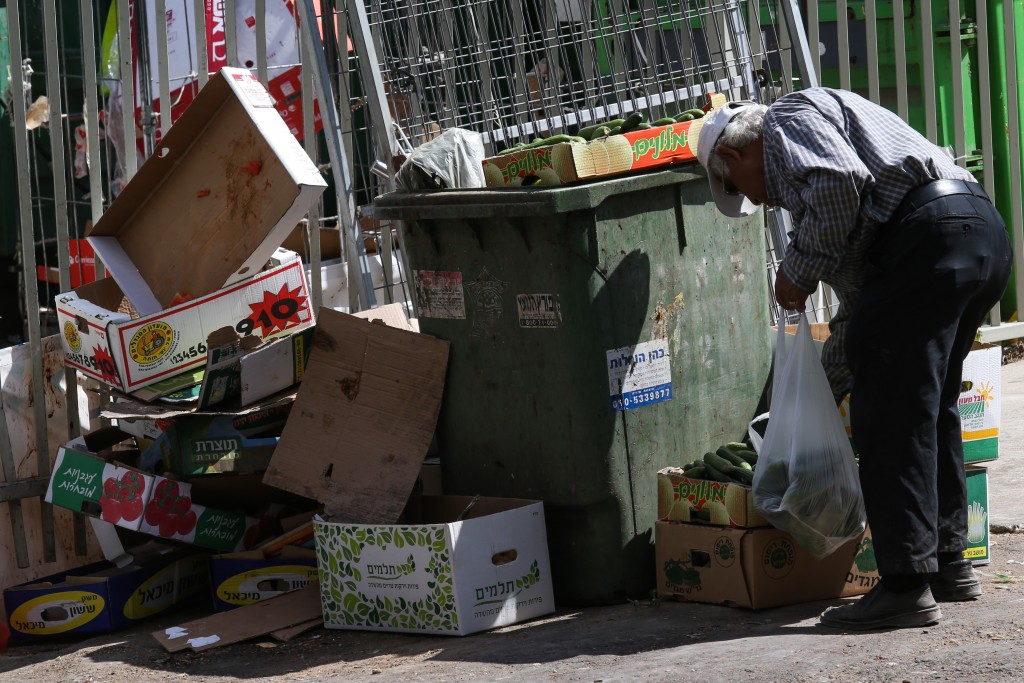 The National Insurance Institute (NII / Bituach Leumi) on Wednesday released its annual report on poverty. The report reflects full data for the calendar year 2014 – and shows that there were some 1.7 million people in Israel who were poor, among them 776,500 children. According to the data, that means that one out of every three Israeli children is poor.

Among chareidi families, the poverty rate was 54.3%, with a full two thirds of chareidi children living below the poverty line. Among Arab families, the numbers were similar – with 52.6% of Arabs living below the line. However, this number reflects a steep 8% increase over 2013. Also affected by poverty are Israel’s elderly, 23.1% of whom were poor as well, a 1% increase over 2013.

The statistics only showed a slight increase in the overall number of poor families – from 18.6% to 18.8% of Israel’s population of approximately 8.2 million people. Nevertheless the data showed a significant rise in the intensity of poverty, with more families falling further below the poverty line.

That line, unlike in the U.S. and other countries, is not an absolute sum, but a variable one – defined as half the median disposable income, weighted by household size, for all households. According to NII economists, the advantage of that system is that it measures relative deprivation, which many economists consider to be as important in determining the health of an economy as a specific income level. In the NII’s 2014 report, the number of families 10% or more below the relative poverty line grew by some 10%, showing that the poor were getting poorer, as compared to the more affluent members of society.

Commenting on the report, NII Chairman Shlomo Mor-Yosef said that the government needed to study the report and “set specific goals for the long-term improvement of society, with the goal of reducing the poverty level.”

Opposition leader Yitzchak Herzog was somewhat more demanding, calling for a “commission of inquiry” and blaming Netanyahu for the situation.

“Netanyahu pushed entire classes of citizens into poverty in 2003 and did so again in 2013,” he charged. Netanyahu was Finance Minister from February 2003 to August 2005, and Prime Minister in 2013, when government support for the poor was cut back severely.

“Reports of poverty, unfortunately, do not surprise me,” Herzog said. “I was a welfare minister, I have seen many reports, but mostly, I have been around the country and seen the same people, begging for help.”

“We like to talk about poverty but really do not like poor people,” he added. “I wrote a book on the subject.”

Shas chairman Aryeh Deri sought to direct the blame in the direction of former Finance Minister Yair Lapid, who was responsible for deep cuts in state assistance to the poor.

Deri contended that the current government has been active in rectifying the damage caused by Lapid, citing the raise in the minimum wage, a raise in child allowances, the elimination of VAT on public transport, and providing water and electricity discounts for low-income households.

The government officer currently responsible, though, took a different tack.

“I cannot hide behind excuses. I hope that next year the results will be much better,” Social Welfare Minister MK Haim Katz (Likud) stated at a press conference in the Knesset to answer the report. He added that “we cannot eradicate poverty,” but expressed hope that it will be possible to reduce it.

“We must put people below the poverty line back into the workforce and provide incentives – particularly to single mothers,” he stressed, noting that single mothers who receive benefits end up paying 60 percent taxes on that money. “It’s unreasonable, and we should lower taxes dramatically from 60 percent to 20 percent.”