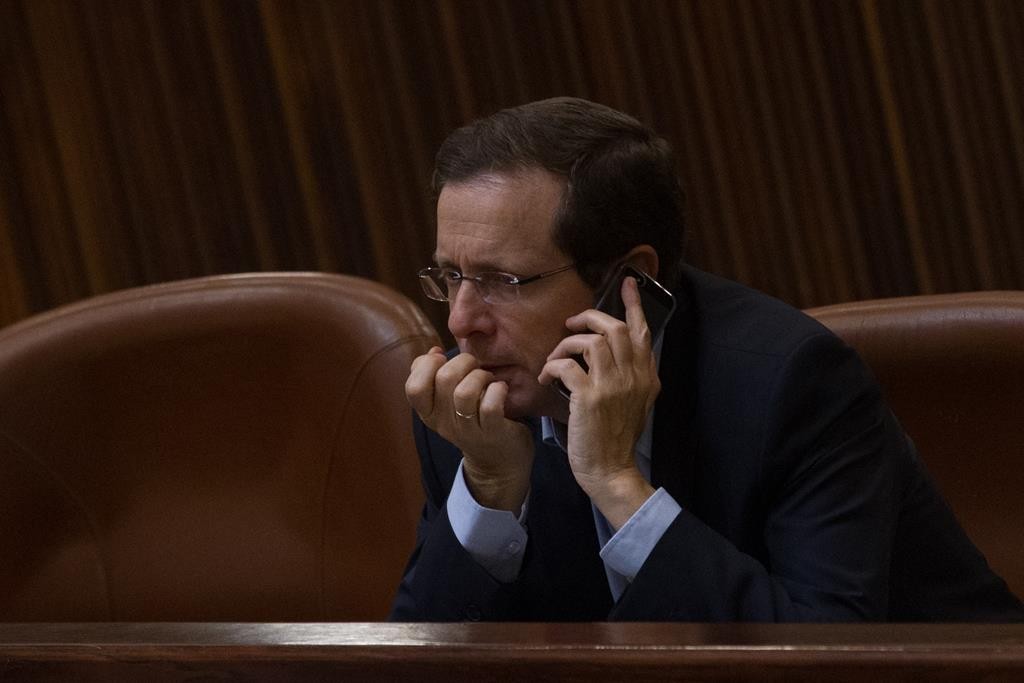 Meretz leader Zehava Gal-On claimed on Wednesday that she “knows” Zionist Camp chairman Yitzchak Herzog is about to join the coalition.

“I know that the Zionist Camp is on its way to enter the government and that the nuclear deal is just a hook for it to latch onto,” she told Army Radio, adding that the time frame is a week or two.

Herzog met Tuesday with Prime Minister Binyamin Netanyahu and was briefed on the information that the Security Cabinet had received regarding the military implications of the nuclear deal with Iran.

The two agreed to present a unified front on the Iran deal, according to the Prime Minister’s Office.

Herzog wrote Tuesday: “I spoke with Netanyahu; I made clear that … we will enlist forcefully for Israel’s security. Soon I will head for the U.S. in order to advance a package of security measures that will befit the new situation.”

Herzog’s behavior appeared to belie his anti-Netanyahu rhetoric of a day earlier, when he blamed him for what he termed “a tragedy of the ages.”

Herzog did not say what he would have done differently, but he did say that “we have a long list of complaints about Netanyahu, but this is without question his worst failure. We will yet make him give an accounting for failing to force the negotiating nations to take Israel’s issues into consideration.”