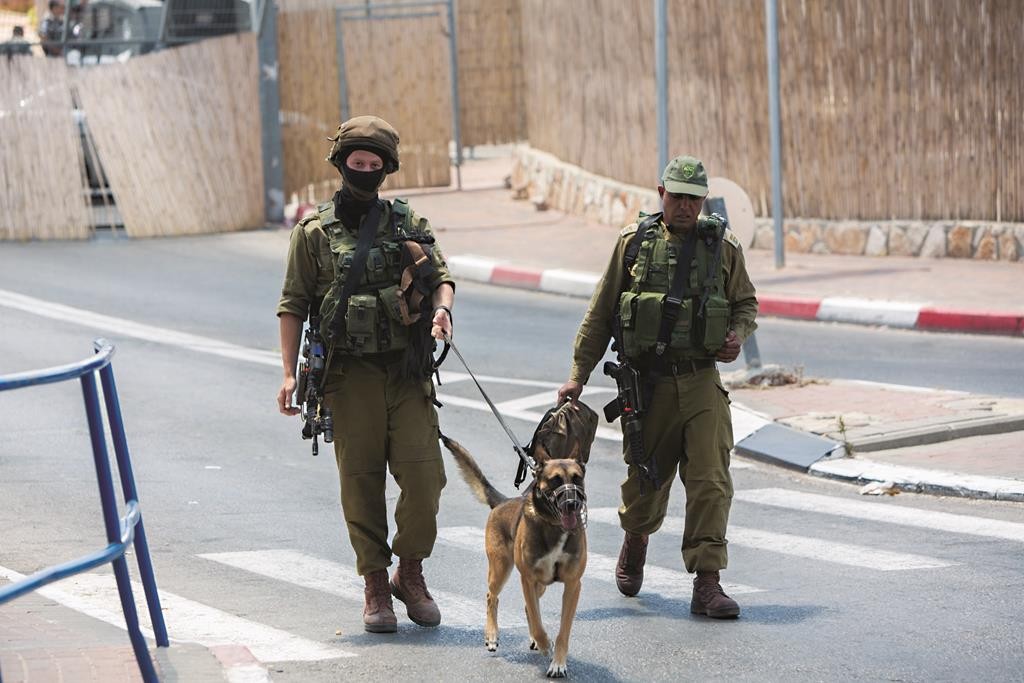 The Palestinian campaign of terror continued on Monday with the stabbing of an IDF military police officer at the south Yerushalayim security checkpoint on the route to Kever Rachel. Also, three people were wounded by what appeared to be terrorist gunfire on Monday night at the Shvut Rachel junction near Shilo in the Shomron.

The female officer was treated at the scene by Magen David Adom paramedics and then rushed to Hadassah University Medical Center in Ein Kerem, where she was reported suffering from moderate-to-serious wounds, police spokesman Micky Rosenfeld said.

A few minutes after 11:00 a.m., the assailant lunged at the 20-year-old officer, plunging a knife into her neck.

The suspect was chased down and arrested a short time thereafter.

Identified as Misun Musa, 20, a female resident of Beit Lechem, she confessed to intending to kill an IDF soldier. Police found two more knives in her handbag. Musa was not previously known to the police.

Security forces cordoned off the area and conducted a search for other suspects to determine if the woman acted alone.

In the apparent terror attack near Shilo, three victims were shot at by someone in a speeding car.

Magen David Adom paramedics who arrived at the scene treated the injured, who sustained bullet wounds in their upper and lower bodies, prior to evacuation to Sheba medical center. At least one of the three was reported in serious condition.

The shooting was yet to be confirmed as a terrorist attack, but if so it would be the most serious such incident in recent years.

Large security forces were dispatched to the area and roadblocks were set up for a manhunt.

Shilo is located about 28 miles north of Yerushalayim.

Late last week, an attack in the Jordan Valley was thwarted. A Palestinian terrorist opened fire at soldiers at a checkpoint and was shot dead by reserve army forces about 20 miles south of Beit Shean. No soldier was injured in the attack, and the area was declared a closed military zone.

Earlier last week, at the Damascus Gate in Yerushalayim, a terrorist stabbed a border policeman. The policeman, who was severely injured, managed to shoot the terrorist and wound him. Rescue units took both of them to hospitals in the city. The policeman’s condition markedly improved the next day.