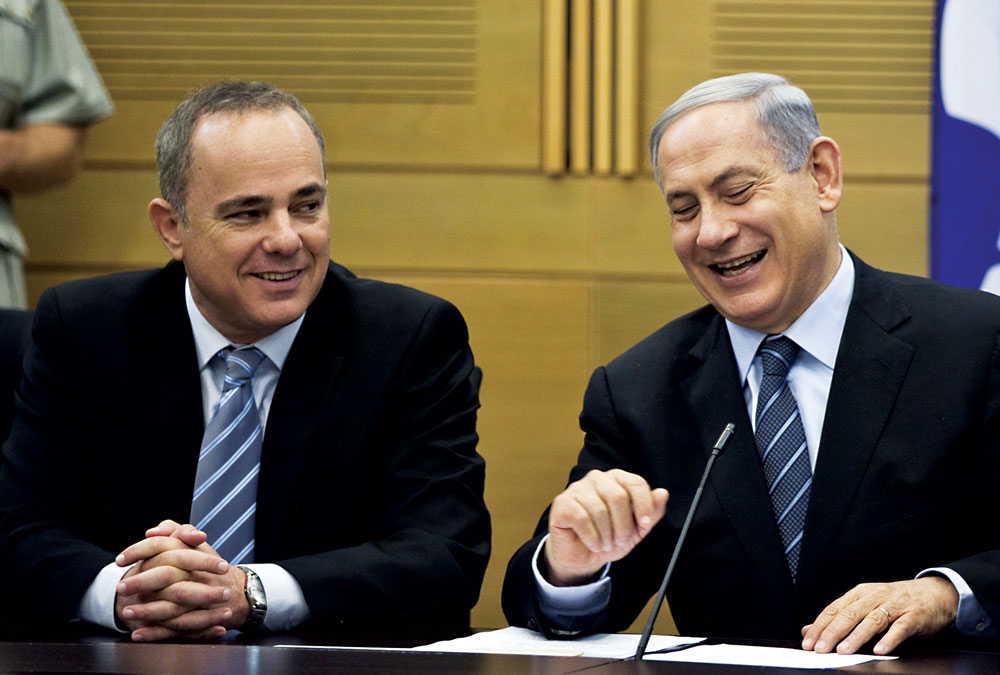 The opposition lost the first battle of the 20th Knesset on Monday as the High Court rejected Yesh Atid’s petition to prevent Prime Minister Binyamin Netanyahu’s new government from raising the maximum number of ministers above 18.

Justice Daphna Barak-Erez apparently accepted the state’s argument that the size of the cabinet is a strictly legislative matter, one for the Knesset to decide, and not one that is properly judicable. However, it was handed down as an interim ruling, leaving open the possibility for a court review of the amended law in its final form, after a Knesset vote.

The coalition mustered every vote it had to win approval of a preliminary reading of the bill for an expanded cabinet in the Knesset by a vote of 61 to 59.

The vote came on Monday evening only after several hours of filibustering by opposition MKs. One opposition speaker after another took the podium to denounce the bill and its sponsors.

Tzipi Livni said “the prime minister, who has yet to form his next government, is in a situation in which he has to buy the votes of his party members so they will lend their support.”

Yair Lapid charged that a hidden clause allows for the appointment of ministers without portfolio. The minister without portfolio, he said, “has all of the conditions of a minister: The entourage, the car — he just does not have a job. And this is what is being brought back because it is allowed to mock the plenum because the Knesset is not a serious business, laws are not serious, and everything is enslaved to political convenience.”

However, a more candid note came from Zionist Camp MK Shelly Yachimovich, who admitted that “I cannot say for certain that had we formed the government, we would not have done the same as a necessity” to placate the demands of coalition members.

If final approval is obtained, as expected, it will then come before a special committee ordered by Knesset legal adviser Eyal Yinon, following complaints by Zionist Camp and Yesh Atid MK’s who insisted it must be approved by the Knesset Law Committee, which has yet to be formed because there is no coalition yet, The Jerusalem Post reported.

The actual appointment of ministers, originally slated for Wednesday, will not happen until next Monday, according to Likud officials. This will give Netanyahu time to dole out the portfolios once the law has been amended. There will be 18 ministers, according to sources quoted in the media.

They cited a loophole in the law, allowing the next government to be sworn in a week after the Knesset speaker officially informs the plenum that a coalition has been formed, rather than seven days after the coalition is actually formed, which would have meant Wednesday.

Likud MK Yariv Levin, a coalition negotiator, was circumspect in commenting on the timing of the appointments. “I understand that the deadline to form the government is next week,” he said. “No decision has been made yet about when the swearing-in will take place.”

While Netanyahu told Likud MKs on Monday that he has not given up on bringing other parties into his narrow right coalition, the main candidate for that, Zionist Union leader Isaac Herzog, repeated his vow to take down the government, not join it.

“We are taking legal action to prevent the twisted maneuver that the prime minister has undertaken to ensure his political survival at any price,” Herzog said at a political event in Tel Aviv. “We will continue to take steps, along with Yesh Atid, to replace this government of failure as soon as possible.”

The Zionist Union sent a message to Knesset Speaker Yuli Edelstein saying that any change in the Basic Law to allow more ministers would require the support of 70 MKs, not a simple majority of the 61 in the coalition.

Herzog said the center-left bloc would filibuster to delay the bill’s passage.