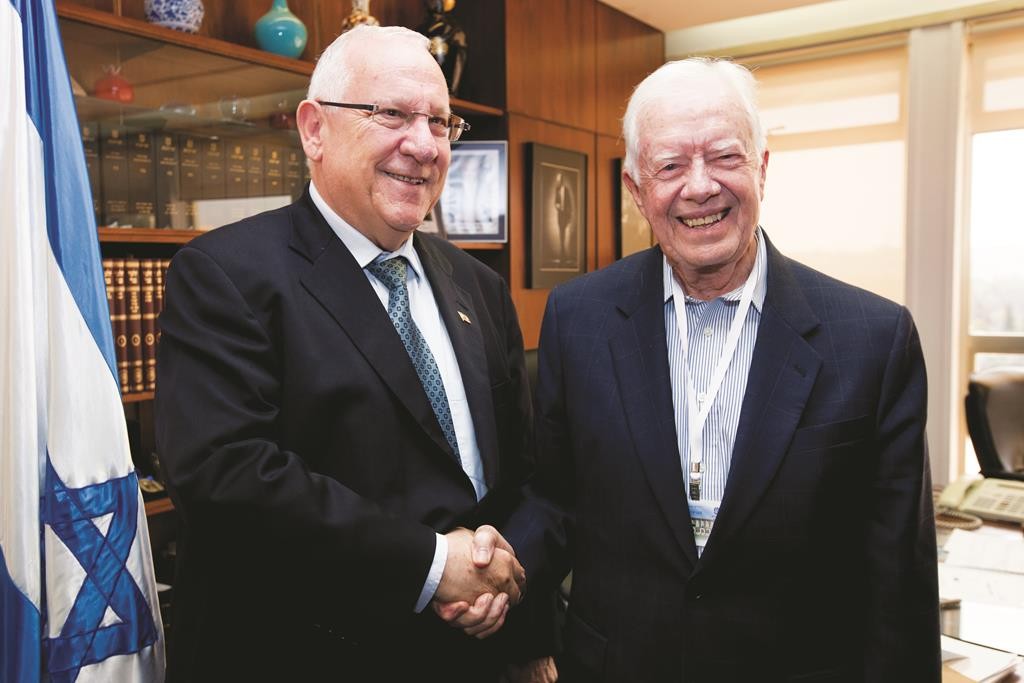 Former President Jimmy Carter, who has long carried on an antagonistic relationship with the state of Israel, will receive no official welcome when he comes for a visit on April 30.

The Foreign Ministry has advised President Reuven Rivlin not to meet with Carter when he arrives for a three-day trip to the region with former Norwegian Prime Minister Gro Brundtland.

Diplomatic sources explained the official snub as a consequence of the former president’s consistent activities on behalf of the movement to delegitimize Israel, and that any meeting with an Israeli official would only abet his cause.

Carter and Brundtlend will arrive on April 30 for a three-day trip to Israel, the Palestinian Authority territories, and the Gaza Strip, where they plan to meet Hamas leader Ismail Haniyeh. Israel officially decided to boycott Carter’s visit, although it will not prevent him from entering Israel or entering the Gaza Strip through the Erez crossing.

Carter has made himself persona non grata in Israel by repeatedly characterizing Israel as an “apartheid” state and insisting that it negotiate a peace deal with terrorists who avowedly seek its destruction.

Last year Carter wrote that “Hamas cannot be wished away, nor will it cooperate in its own demise. Only by recognizing its legitimacy as a political actor — one that represents a substantial portion of the Palestinian people — can the West begin to provide the right incentives for Hamas to lay down its weapons.”

The main purpose of Carter’s visit is to try to mediate between the Palestinian Authority and Hamas in Gaza, where the unity government is coming apart.