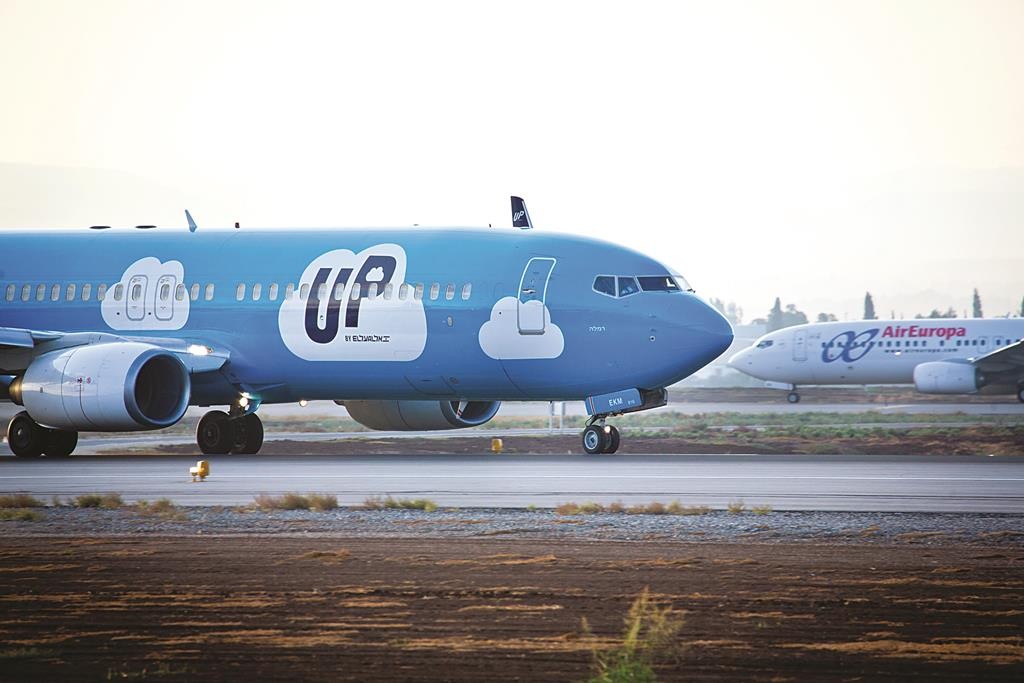 An El Al plane with 174 passengers on board was forced to make an emergency landing at Ben Gurion Airport on Tuesday morning after it was discovered the aircraft had a damaged wheel.

Shortly after the El Al 777-800 flight 2521 took off for Prague, pieces of tire were found on the runway, which prompted the decision by El Al to bring the plane back immediately.

The plane first circled the area several times north and east of the airport, flying low to allow an examination of its wheel from airline officials on the ground.

Emergency teams, including convoys of Magen David Adom ambulances, an IDF Homefront Command unit and other first responders were put on high alert at the airport in case the wheel caused a problem on landing.

The aircraft was part of the UP fleet, El Al’s low-cost carrier.