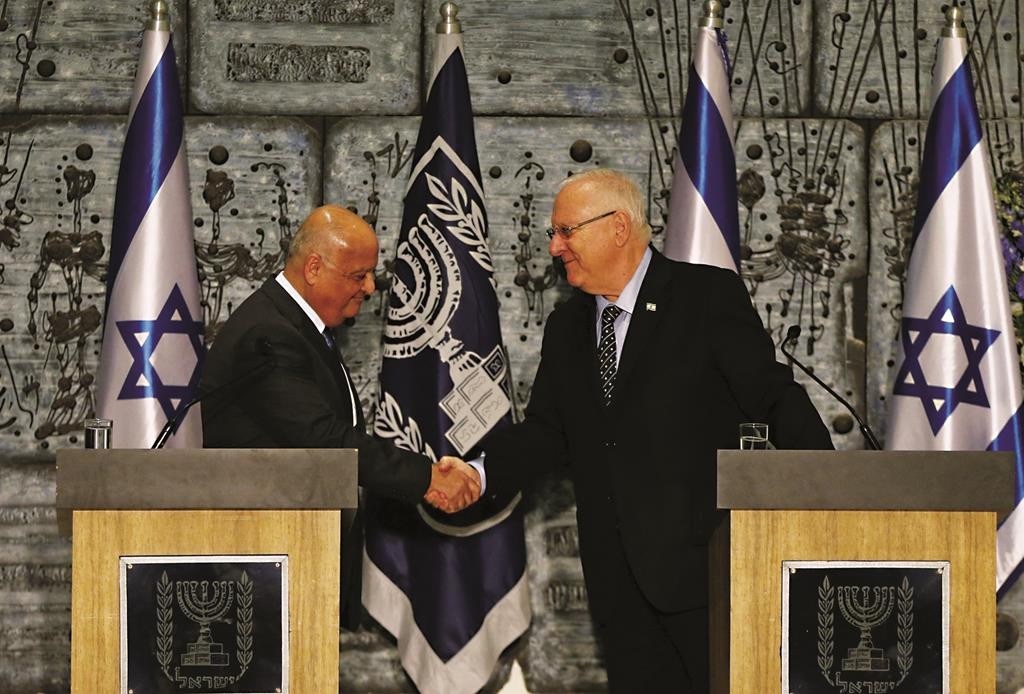 The task of forming Israel’s 34th government was formally given to Prime Minister Binyamin Netanyahu on Wednesday evening.

“I have decided to entrust you with forming the next government,” President Reuven Rivlin said at a ceremony in Yerushalayim.

“I have a deep sense of responsibility,” Netanyahu said. And, repeating what he told Israeli Arab leaders earlier in the week, said: “I see myself as the prime minister of all citizens of Israel,” he said, “those who voted for me and those who did not.”

Netanyahu said the nation had to now focus on “what unites us … and put the election behind us.” Netanyahu’s election day warning that Arabs were voting in “droves” prompted the fence-mending remarks.

Earlier in the day, Rivlin accepted the official results of the elections for the 20th Knesset from Supreme Court Justice Salim Joubran, Chairman of the Central Elections Committee.

As he did so, he took a swipe at the prime minister, saying that “a high voter turnout is the realization of democracy, and a blessing to democracy. How awful would it be, if the democratic duty to vote, were to be seen as a curse, or something from which to be warned off? One who is afraid of votes in a ballot box, will eventually see stones thrown in the streets,” Rivlin said.

Likud officials also have met with United Torah Judaism, who want to restore MK Rabbi Moshe Gafni to the chairmanship of the Knesset Finance Committee, MK Rabbi Yaakcov Litzman to his prior post of deputy health minister with no minister above him.

Netanyahu will have 28 days to form a government — until Wednesday evening, April 22, the night of Independence Day.

If he does not succeed during that period, he can request a 14-day extension, which would end on May 6, the night of Lag BaOmer.