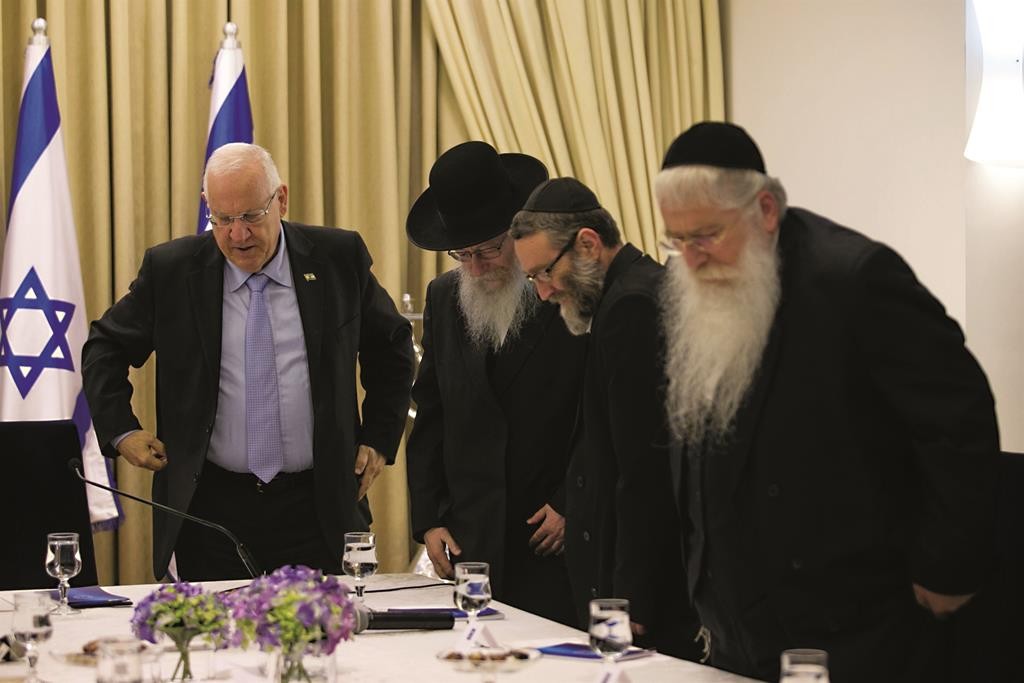 The Likud delegation put in for Prime Minister Binyamin Netanyahu, of course. And, as promised, Jewish Home did the same.

Shas recommended Netanyahu, on condition that he honors all his promises regarding social welfare.

United Torah Judaism reportedly recommended Netanyahu on Sunday, which at that point gave him 51 nominations, just 10 short of the needed majority. The recommendation does not obligate them to join the coalition, a decision ultimately to be made in consultation with Gedolei Yisrael.

Netanyahu is expected to assemble a narrow, center-right coalition, and Likud officials denied a report that he was quietly seeking a unity government with the runner-up Zionist Camp party.

“Likud, as the largest party with 30 Knesset seats, must hold onto not just key positions in the diplomatic and defense arenas, but also key social portfolios so as to best be able to address all of the issues we promised to during the campaign,” said Levin.

Two of those potential partners indicated that they could not be taken for granted.

Kulanu chairman Moshe Kahlon issued a statement saying: “The results of the election are clear, but our ideology will remain what matters. We will keep our promises to the public in the coalition talks. We are not coming to talk or to get cabinet seats but to make a change, solve problems and fix Israeli society. None of us were born in the cabinet, and none of us has to be there.”

MK Ayelet Shaked asserted that after Netanyahu raided the Jewish Home voters who went over to Likud, he should compensate the party with the amount of portfolios it would have received had he not done so. Although Jewish Home won only eight Knesset seats, it’s asking for three cabinet positions – for party chairman Naftali Bennett, current Construction Minister Uri Ariel and Shaked.