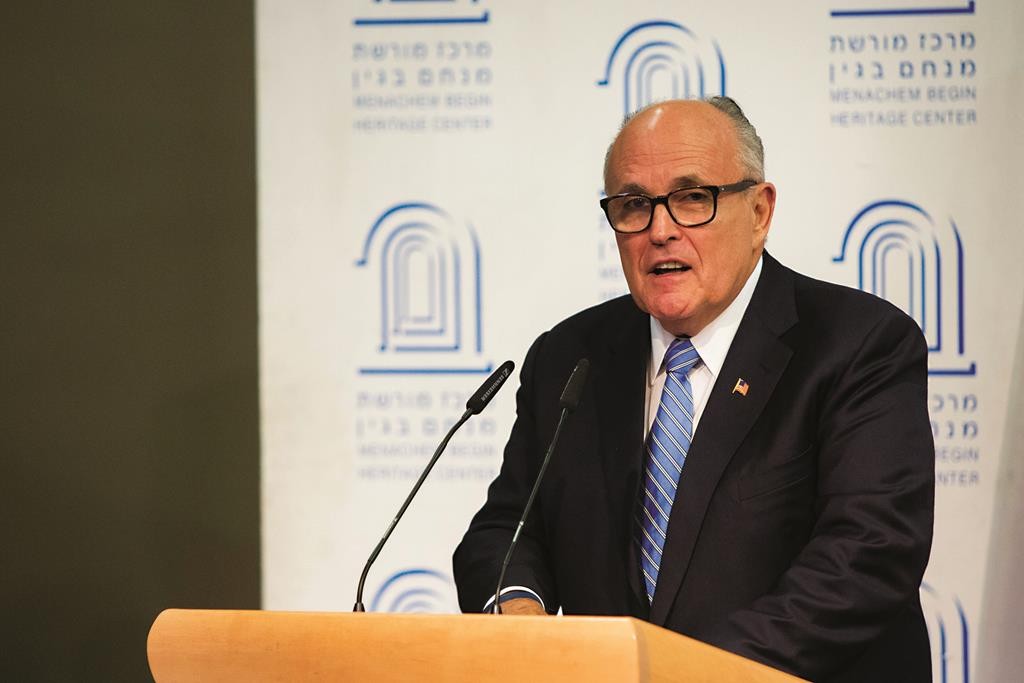 Former mayor of New York City Rudy Giuliani gave Israeli Prime Minister Binyamin Netanyahu a vote of confidence on his controversial decision to accept an invitation to address a joint Congressional session on the Iran issue early next month.

“I want the people of Israel to know that there is strong support for them in the United States.  If there is going to be any agreement with Iran then it must be based upon the fact that Iran not be allowed the possibility of obtaining a nuclear arsenal,” Giuliani said, speaking at the Begin Heritage Center in the capital on Monday.

“I deeply admire Prime Minister Netanyahu for speaking out on this issue, but he honestly has no choice. If someone threatens to kill you, you simply don’t give them the gun to do it, unless there’s something wrong with you,” the former mayor added.  Giuliani was in Israel for two days to speak at a business conference in Herzliya.