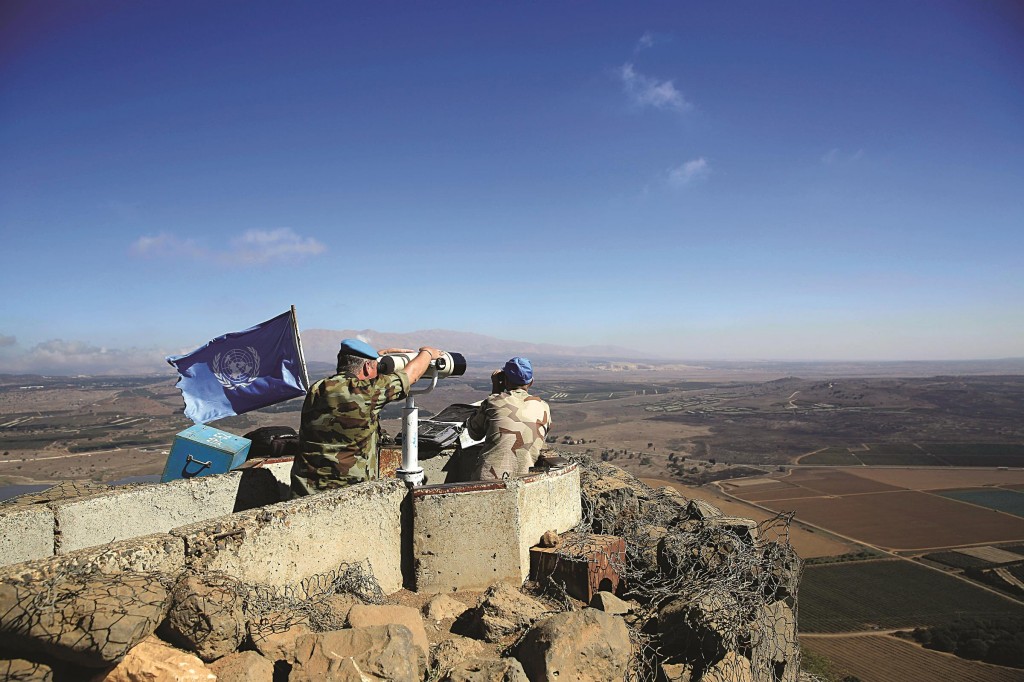 The downfall of the international mission known as UNDOF is a vivid illustration of the uncertain situation in Syria — and in the eyes of many Israelis, it underscores why they can never relinquish the Golan.

The force suffered its latest blow earlier this month when the al-Qaida-linked Nusra Front seized the strategic Quneitra border crossing from UNDOF, sent a contingent of Filipino peacekeepers scrambling for safety in Israel and took 45 Fijian peacekeepers hostage.

The 1,200-strong U.N. force is now mostly huddled inside Camp Ziouani, a drab base just inside the Israeli-controlled side of the Golan Heights. Its patrols along the de facto border have all but ceased, the road to the nearby Syrian town of Quneitra is blocked by barbed wire, and the fields opposite the base are blackened by fires set off from wayward mortar rounds launched from the Syrian side.

With Syria in tatters, UNDOF’s viability is now in question.

“Their mandate is just not relevant anymore,” said Stephane Cohen, a former Israeli military liaison officer with UNDOF. “They are there to oversee an agreement between two countries — Israel and Syria — and in practice there is no Syria anymore.”

Israel has largely stayed on the sidelines of Syria’s conflict. But Israeli leaders appear increasingly edgy about the possibility of al-Qaida-affiliated rebels occupying the high ground over northern Israel.

That prospect has pushed the notion of a future Israeli withdrawal from everyone’s mind, said Eyal Zisser, a Syria expert at Tel Aviv University. All Israel can do now is “sit quietly, keep our distance and hope,” he said.

The Israeli military officials say it is the most robust since 1973. The most obvious manifestation is a new 20-foot high border fence topped with barbed wire and bristling with sophisticated anti-infiltration devices.

The traditional flock of tourists has slowed considerably and one of the main draws these days is a front row seat to watch the fighting taking place inside Syria. Atop scenic Mount Bental, Israelis and foreigners gawked one recent day as the sound of a large explosion echoed across the way, sending up a large plume of smoke in the distance.

The new reality is perhaps most jarring for the Golan’s 22,000 Druse residents, who have found themselves trapped in the middle. Followers of an offshoot of Islam, the Druse have mostly continued to identify as Syrian even after years of Israeli rule that has seen them become fluent in Hebrew.

But over the past three years, opinions have begun to fluctuate, with anger over the high death toll in Syria mixing with concern over the fate of their Syrian relatives and a new realization that their future looks brightest with Israel.

“Most of the residents support the rebellion against the Assad regime but do not support the terrorist groups that have been riding its wave,” said Dolan Abu Saleh, the mayor of Majdal Shams, the largest of four Druse towns on the Israeli side of the frontier.

“The truth is that people are happy to be living under Israeli rule and the Golan today is Israeli,” he said. “If somehow there is a situation where Syria becomes a democratic state then the residents here will think about being a part of that dream.”