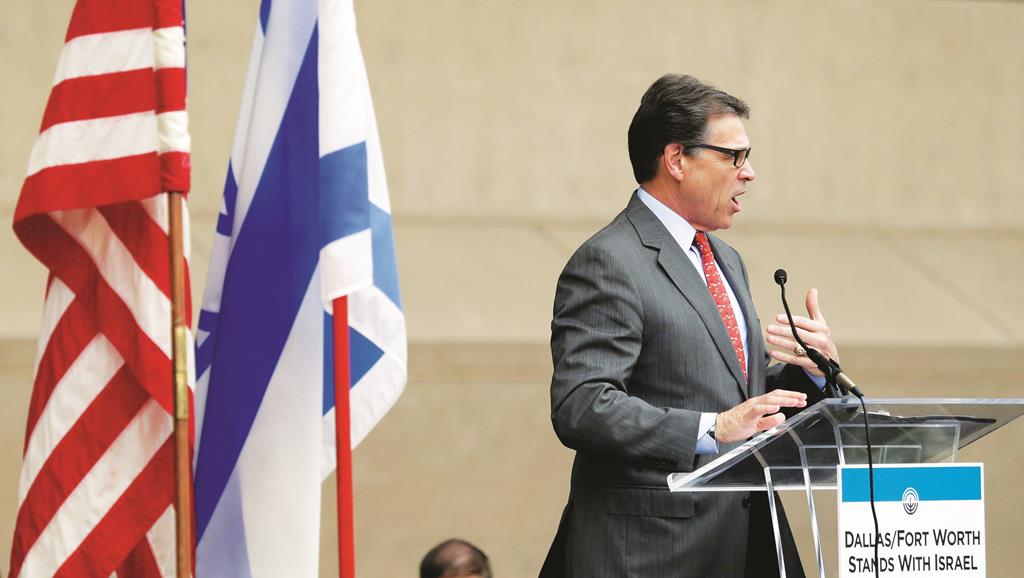 Texas Gov. Rick Perry on Wednesday criticized an American “policy of calculated ambivalence” toward Israel, a nod toward conservative voters as he considers a second run for president.

The retiring Republican governor spoke at a pro-Israel rally outside Dallas’ city hall.

Perry mostly refrained from attacking American policy in a five-minute speech, but said America must continue to wholeheartedly support Israel and that Israel was justified in defending itself. Several hundred people at the rally waved white-and-blue flags and cheered as he spoke.

“America must be clear: Israel has the right to exist as a Jewish state,” Perry said, his voice rising as he spoke. “On this point, there can be no negotiation, no equivocation. America cannot negotiate a middle ground when one party seeks the wholesale destruction of the other.”

Perry did not mention President Barack Obama or Secretary of State John Kerry, but talked about his own commitment to Israel and his visits to the country’s holy sites.

With his last term as governor winding down, Perry has signaled that he will try again for the White House after his failed bid for the Republican nomination in 2012. He visited Israel last year for an economic development trip and to announce the opening of a branch campus of Texas A&M University.