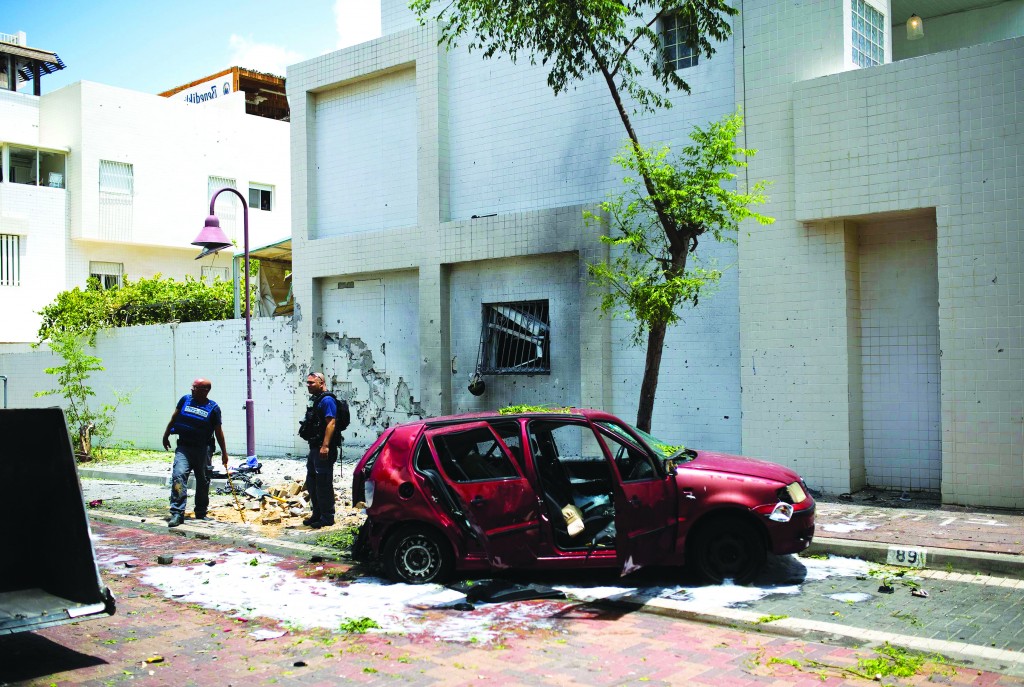 Operation Protective Edge seems to be winding down, unless the unexpected happens and Hamas refuses to lay down its weapons — in which case Israel will move into the next stage of fighting, a ground operation. But as of now, that direction seems to be a distant possibility.

Egypt proposed a ceasefire between Hamas and Israel on Monday night, to take effect as of 9 p.m. Tuesday, Israel time.

Most of the ministers in the Netanyahu government support the cease fire, and believe that the security echelons will also welcome it as the right step, taking into consideration that it is likely to lead to a long-term cease fire that will last no less time than the one achieved after Pillar of Defense.

According to reports reaching Israel over the past day or so, all the deciding entities in Hamas are interested in laying down their arms and withdrawing from the conflict. All that is needed, if so, is to find the right framework for a ceasefire. Toward that end, U.S. Secretary of State John Kerry will be landing in the region today, convinced that he will succeed in achieving those understandings.

With that, the army has decided to continue its comprehensive preparations for a ground operation in the event that, ultimately, a ceasefire is not achieved in the next 48 hours.

The proposal called for Israel and the Palestinians to cease all “hostilities” and the reopening of the border crossings into the Gaza Strip to passengers and goods as the security situation stabilizes.

If agreed, representatives of the Israeli government and the Palestinian factions would convene in Cairo within 48 hours after cessation of hostilities to discuss “confidence-building measures” between the two sides. The Egyptians, according to the plan, would hold separate talks with the Israelis and Palestinians in Cairo.

Earlier on Monday, the Palestinian Authority said that a ceasefire was not far off.

“Hamas is desperate for a ceasefire,” a Palestinian official in Ramallah said. “They have appealed to Qatar, Egypt and Turkey to help in reaching a new truce with Israel,” due to the heavy losses inflicted by the Israeli bombing campaign.

Hamas and Islamic Jihad officials reiterated their readiness to reach an agreement.

Israel believes that the blows it rained on Hamas destroyed nearly 45 percent of its missile and rocket stockpiles, while some 50 percent of the weapons production facilities have been significantly damaged or destroyed.

Kerry is expected in Cairo on Tuesday for a hastily arranged meeting with senior government officials aimed at ending the fighting, Egyptian media sources reported Monday, though there was no official confirmation.

The European Union said on Monday it was in touch with “all parties in the region” regarding peacemaking efforts, a day after Kerry offered to help.

Israel has been demanding that Hamas accept the terms of the 2012 agreement that came after Operation Pillar of Defense, get rid of its rocket arsenal, and close down the tunnels that run between the coastal strip and Israel. Hamas does not agree to any of this.

Hamas has set conditions which Israel has so far rejected outright: that 56 prisoners who were released as part of the 2011 prisoner swap for IDF soldier Gilad Shalit, and were rearrested following the June 12 abduction of the three Israeli teenagers, be freed. The terror organization also wants the Rafah crossing to Egypt re-opened, and the salaries of 40,000 former Hamas employees transferred to Gaza.

In any case, Egypt seems like everybody’s leading candidate for peacemaker. Egypt helped end the last big Gaza flare-up in 2012, and U.N. Secretary General Ban Ki-moon told Egyptian President Sisi in a phone call that his country is the most credible party capable of persuading both sides to stand down, an official Egyptian statement said.

IDF spokesman General Motty Almoz noted that the efforts to locate the kidnappers and murderers of the three boys in Yehudah and Shomron are continuing. “Everything happening there the past few nights is because of the focus on this effort. We are activating special forces all the time, far from the eyes of the media,” he said.

(With reporting by Zalman Ahnsaf)