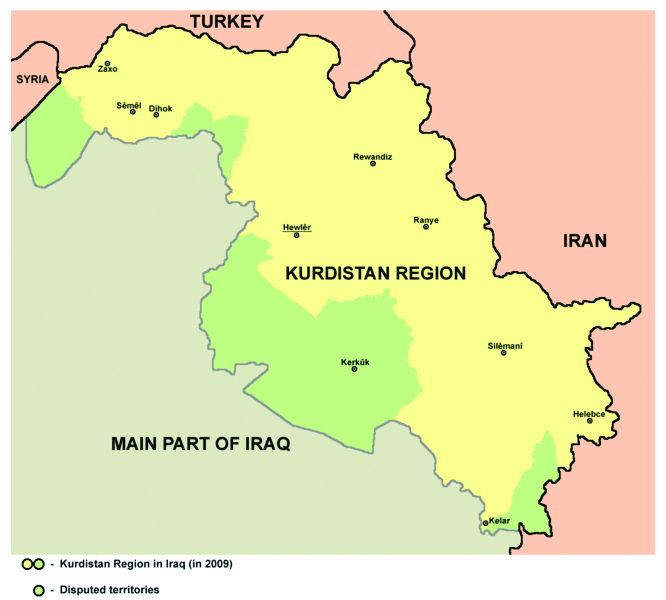 Israeli and U.S. oil refineries have joined the growing list of customers for crude from Iraqi Kurdistan, a region locked in a bitter struggle with the central government in Baghdad that says the sales are illegal.

The United States imported its first crude cargo from the region two weeks ago while at least four have gone to Israel since January, ship tracking and industry sources said, after two were shipped there last summer.

The Iraqi government has repeatedly said oil sales bypassing Baghdad are illegal and has threatened to sue any company involved in the trade, yet Kurdish crude and light condensate oil has been sold to several European buyers. Baghdad refuses to sell oil to Israel, echoing other Arab states.

Israel’s Energy Ministry declined to comment, saying that it does not discuss the country’s sources of oil.

A senior Iraqi oil ministry official said Baghdad had no information on the sales but was investigating.

“If these reports are correct, then dire consequences will be inevitable,” the Iraqi oil official said.

“This is a seriously dangerous development. We have always warned the region to stop smuggling Iraqi crude by trucks to Turkey…and now, if this is proved true, then they are going too far.”

An official of Kurdistan’s Ministry of Natural Resources said from the region’s capital Arbil said, “The Kurdish Regional Government (KRG) has not sold crude directly or indirectly to such destinations.”

The stakes are high, as Kurdistan’s independent oil sales allow it to receive income outside Baghdad’s budget, allowing even greater autonomy.

At least four cargoes laden with Kurdish crude went to Israel since the start of this year. Trading sources said that Israel’s Oil Refineries Limited’s (ORL) plant at Haifa ran some of it.

Paz Oil Company, owner of a refinery near Ashdod, bought at least two cargoes within the last 9 months, traders said.

A spokesman for ORL said, “ORL purchases its crude oil from different sources in accordance with the refinery’s needs and market conditions.”

A spokeswoman for Paz denied the plant had used Kurdish crude.

Some Kurdish oil has also been simply stored, sources said.