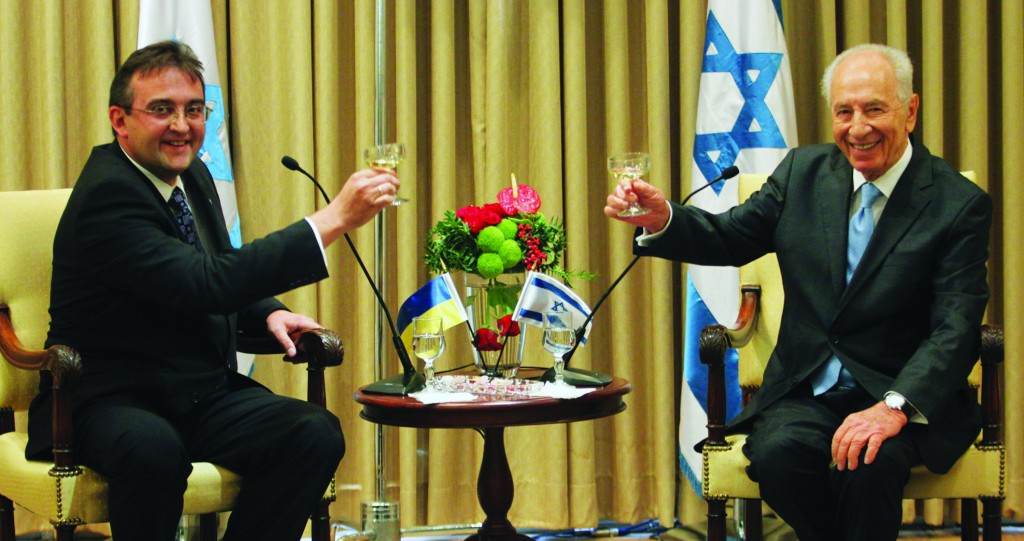 Ukrainian Ambassador to Israel Hennadii Nadolenko is seeking Israel’s support for his country’s resistance to Russian domination, The Jerusalem Post reported on Thursday.

After listening to Netanyahu recalling in a speech this week the appeasement of Nazi Germany as it annexed its neighboring countries ahead of World War II, Nadolenko drew a parallel to the situation in Ukraine today.

“If you change just some of the names of the countries, some of the speech could apply to the current situation,” he said in an interview. “[Netanyahu] was speaking about pre-World War II time, and why no one cared, why no one predicted. And this is exactly what is going on now. We are trying to warn everyone. In the center of Europe one country is trying to violate international rights and laws, and bilateral agreements, and try to cut into pieces another country. And not a small country, we are a country of 46 million people.”

Israel’s neutrality on the Ukrainian crisis has been a disappointment for Nadolenko.

Israel’s official explanation for not attending a vote in the U.N. General Assembly in March in favor of a resolution affirming Ukraine’s territorial integrity was that the foreign ministry was on strike at the time.

Sidestepping questions as to whether he accepts the Israeli explanation, Nadolenko said that Ukraine would like to see Israel among the 100 nations that voted in the U.N. for its territorial integrity.

Nadolenko cited Ukraine’s record of support for Israel, including its vote with only 17 other countries that stood by Israel and voted against endorsing the Goldstone report that condemned Operation Cast Lead in 2009.

He said that he did not believe Israel’s no-show on this vote would adversely affect Ukraine’s votes on Israel issues in the U.N. “I don’t think so,” he said. “Each time it is different. We try always to be a friendly nation with Israel, always try to help our friends, and that is the way it should be.”

Off the record, officials have said that Israel’s neutrality policy stems from a desire to avoid antagonizing Russia, which could repay a pro-Ukraine vote by causing problems  when it comes to issues such as Middle East arms sales, Syria and Iran.

Nadolenko declined to comment on that position. “It is an internal issue of the foreign policy of the state of Israel,” he said. “We can just take it into consideration and can provide the Israeli side with our arguments on this matter.”

Having said that, Nadolenko expressed appreciation to Israel and the Ukrainian Jewish community for arranging medical assistance for 10 people wounded in clashes in Independence Square in February. The wounded were airlifted to Israeli hospitals, and Israel helped cover the $83,000 in medical costs.

Nadolenko said the Israeli medical teams saved two lives and the legs of four other people whom Ukrainian doctors said would never be able to walk again.