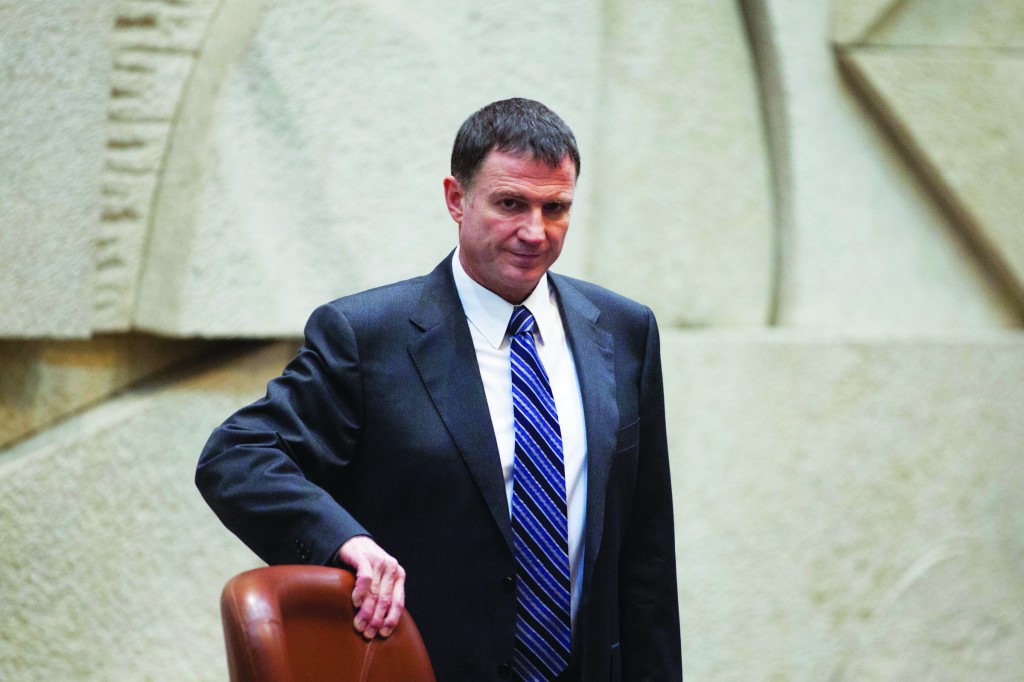 Israeli Prime Minister Binyamin Netanyahu’s coalition ruled over an empty Knesset plenum on Monday, as opposition parties carried out their threat to boycott the debate on a series of controversial bills.

Opposition leaders rejected an offer of an additional day of debates on Thursday, for which Edelstein had secured the coalition’s agreement.

Herzog and members of Meretz, Shas, UTJ and the Arab parties were incensed at the government’s imposition of a three-day limit for three major bills, denying their request for three days of debate for each one: on electoral reform, chareidi conscription and reinforcing the Referendum Law.

Edelstein had been encouraged in his quest for compromise, but it didn’t pan out. “I’m glad the coalition decided to step down and expect the opposition to do the same,” he had said. “There is no place for boycotts in the Knesset. Boycotting the plenum is boycotting democracy. Therefore, I insisted on pressing the coalition and prime minister to compromise.”

But it was not to be.

Non-participation in the debate did not, however, stop the opposition MKs from submitting hundreds of objections to articles in the three bills, ranging from keeping the threshold as is to correcting grammatical errors.

Discussion of electoral reform went ahead on Monday, but it seemed a lackluster affair. Even some of those who supported it spoke against it.

“In my opinion, raising the electoral threshold is not good, but so what? I’m in the coalition. Sometimes, in public life, there are no choices, and just like I want others to compromise on issues that are important to me, I’m compromising here, even though I think this is wrong, bad and unhealthy,” Knesset Finance Committee chairman Nissan Slomiansky (Jewish Home) said.

Slomiansky pointed out that if, in 2008, the new electoral threshold of 3.25 percent had already been in effect, his party would not have had a single Knesset seat and would not be where it is now, with 12 seats in the current Knesset.

“This bill won’t improve governance,” MK Amram Mitzna (Movement) told a mostly-empty plenum. “We cynically gave this bill a fancy name, but at the end of the day will it be easier for the government to enact its decisions? What does that have to do with limiting small groups from being represented in the Knesset?”

According to Mitzna, the real problem is within the coalition and the parties and that the electoral reform bill will reduce the public’s trust in the Knesset.