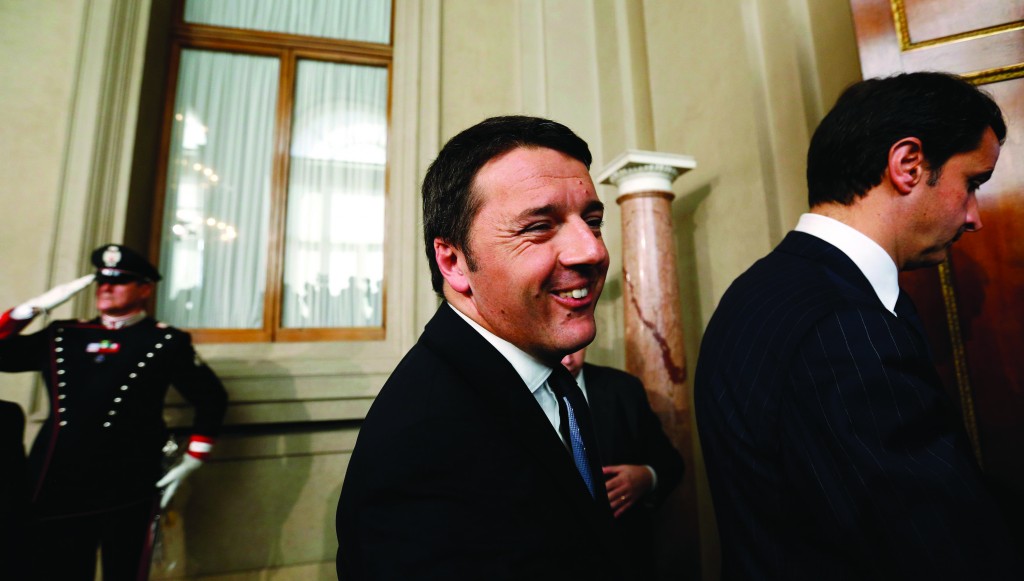 The man who is likely to be Italy’s next prime minister is a known friend of Israel, and his top economic advisor is an Israeli.

Matteo Renzi, currently the mayor of Florence and secretary of the Italian center-left Democratic Party, is the leading candidate to succeed Prime Minister Enrico Letta, who resigned last week.

“Sometimes Israel exceeds its defense [actions], and we need to say it, but it is time that the left state unequivocally that Israel has a right to live without threats,” Renzi has been quoted as saying. “Israel is a country that is surrounded by organizations that wish its destruction, starting with Iran,” he said.

Yoram Gutgeld, born and raised in Tel Aviv and resident of Italy for 30 years, is one of the minds behind Renzi’s plan to revitalize the Italian economy, a key factor in his rise to prominence. He is a good bet to receive an appointment to a senior economic post in the new government.

Gutgeld says he would “love to be involved in government activity,” but was careful not to assume anything, at least in public. “These things are decided at the last minute, based on many considerations,” he told Ha’aretz.

Gutgeld studied mathematics and philosophy at the Hebrew University and at the University of California in Los Angeles. He became an Italian citizen and worked his way up the corporate ladder, becoming a senior partner and director at McKinsey Italy.

The little-known Israeli-born economist decided two years ago to throw his lot in with the charismatic Renzi.

“I made a bet Renzi is going to change Italy,” he said in an interview. “I knew I would never get a second chance and I wanted to be a part of it.”

The challenge facing them is formidable. Italy’s economy showed virtually no growth even before the global financial crisis, and last year GDP shrank by 1.9 percent. The country’s public debt has soared to 133 percent of GDP, second only in the EU to Greece’s, and youth unemployment is around 40 percent.

“The country has been mismanaged and has let various interest groups take care of their own wellbeing instead of looking out for the collective good,” Gutgeld noted.

Gutgeld wants to cut taxes on wages, which are among the highest in Europe, to put more money in workers’ pockets, and to increase internal demand. He would also push to privatize state companies, and to reform the costly and inefficient pension system and the inflexible labor market, in which laws and union power make it almost impossible to fire employees. By encouraging companies to hire, he hopes to create new jobs and increase labor participation, which is low, particularly among women and in the underdeveloped south.

“There is a sense of ‘now or never,’ an understanding that we need real change,” said Gutgeld. “But there will be resistance; it’s inevitable.”

“There are many similarities between Italy and Israel: There’s a lot of creativity and entrepreneurship, and a little bit of disorganization,” he says. “The difference is that in Israel there is a collective sense of ‘we can do the impossible,’ so it’s a country that thrives on challenges, while in Italy there is a sense of giving up because it’s too hard to make a change.”

Regarding Israel’s economic situation, Gutgeld calls the country’s development over the last decade “phenomenal” and says that while “Israelis tend to complain, if you look at other countries I think Israel can be proud of what it has achieved.”