Israel Kerry Back for 9th Visit to Mideast
Israel 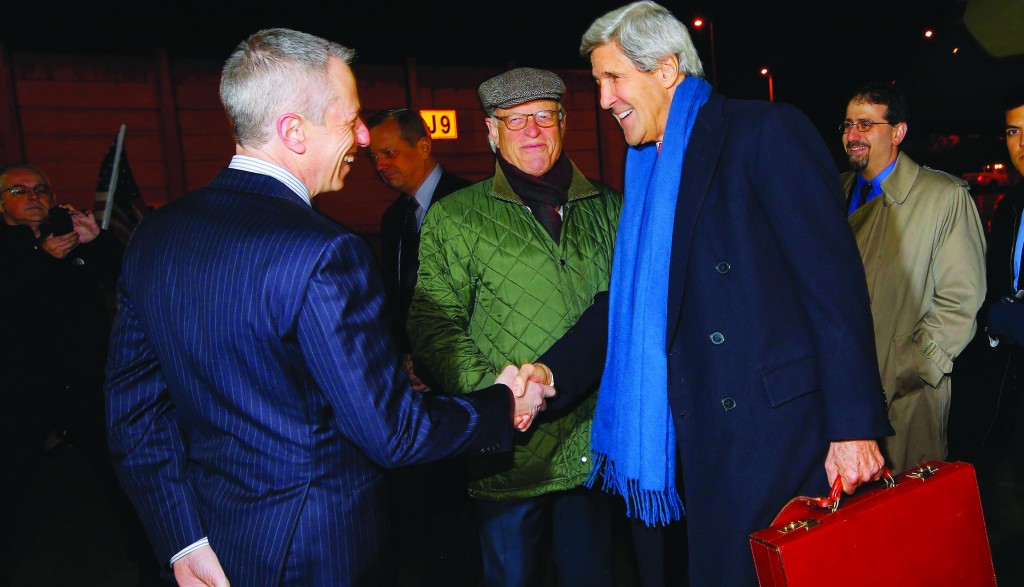 Secretary of State John Kerry headed back to the Middle East on Thursday, a week after his previous visit ended with Palestinian dissatisfaction over U.S. security ideas for a peace deal with Israel.

Kerry, who has quipped that his frequent trips to the region have become a commute, planned separate meetings with Israeli Prime Minister Binyamin Netanyahu and Palestinian Authority President Mahmoud Abbas.

Israeli and U.S. officials have signalled that Washington is trying to achieve a framework agreement on all major issues of the decades-old conflict that would be fulfilled in phases, in acknowledgment of Israeli security concerns.

Netanyahu has insisted on an Israeli troop presence in the Jordan Valley, without which terrorists could use Yehuda and Shomron as a launching point for rocket attacks on Israel, much as they have in the Gaza Strip, from which Israel pulled out in 2005.

“Israel’s security and the security of its citizens cannot be placed in the hands of foreign forces or in the hands of electronic means alone,” Israeli Strategic Affairs Minister Yuval Steinitz said on Israel Radio.

“Our security must be in our own hands,” he said. “I know it is hard for [the Palestinians] to swallow but they will have to accept … that Israel has security interests it cannot forgo, and if they want peace, they must make significant compromises.”

In Washington over the weekend, President Obama responded to Palestinian complaints that the proposal meant an interim arrangement, which they have always said is unacceptable. Obama said the Palestinians had to recognize there would be a transition period “where the Israeli people cannot expect a replica of Gaza.”

“They [the Palestinians] don’t get everything that they want on Day One. And that creates some political problems for President Abbas, as well,” Obama said.

The State Department has stressed in the past few days that the U.S. remains focused on a final deal and not an interim one, although officials acknowledge there may have to be more than one step to achieve a comprehensive agreement.