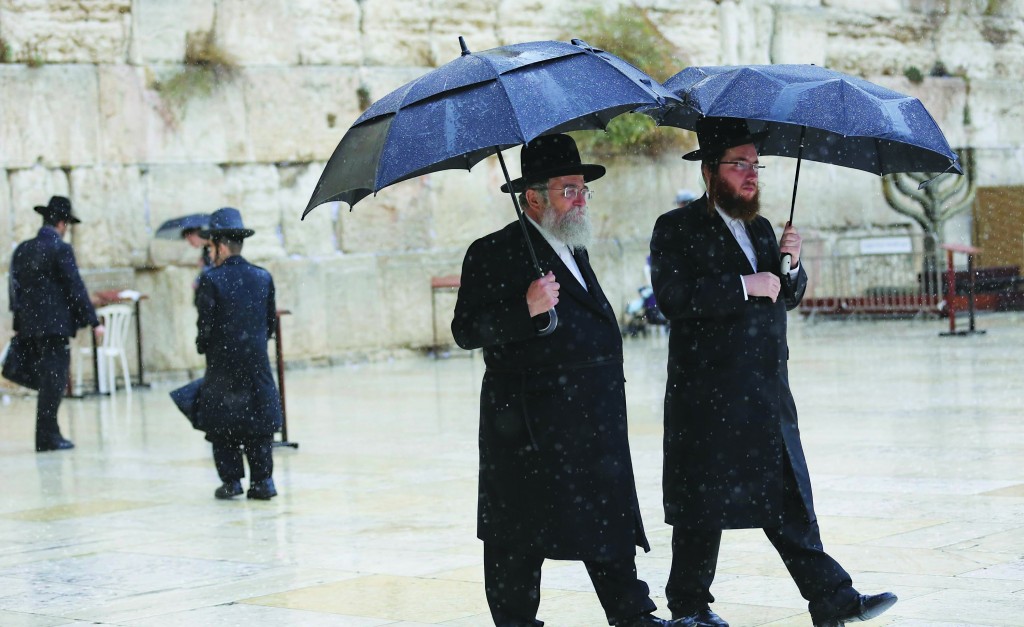 After an unseasonably mild early winter, Israelis were bracing themselves this week for what forecasters are describing as an onslaught of several days of heavy rain and cold — and a chance of snow.

Strong winds, up to 60 miles per hour, are expected to make flimsy umbrellas useless.

But most of all it will be cold. Cold polar air is moving southward from Russia, Oren Davidoff, of the Israel Meteorological Service (IMS), told The Jerusalem Post on Sunday evening.

“It’s not something out of the ordinary as to where it comes from,” he said. “[It is] the level of the trough and temperatures that are really low [that] are reaching our area.”

The most frigid weather is expected on Wednesday and Thursday.