Israel Gantz: Next War Will Be Different
Israel 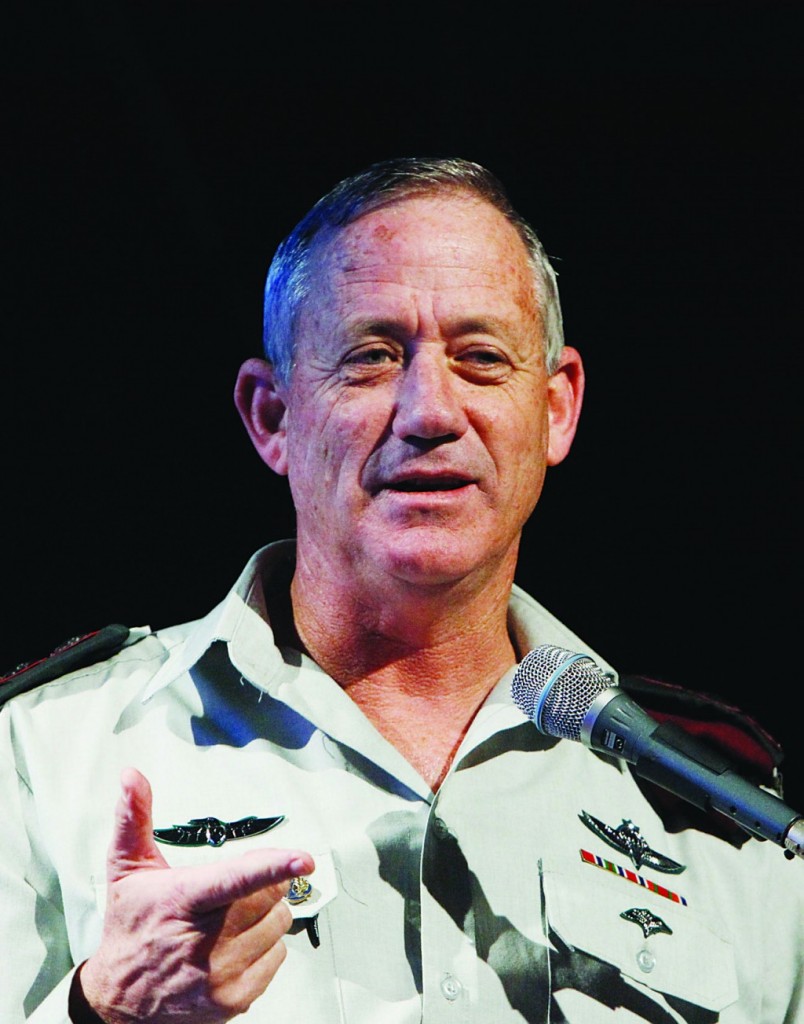 The next war will be different from past ones, IDF Chief of Staff Lt.-Gen. Benny Gantz told a conference at Bar-Ilan University on Tuesday.

Gantz sketched various possible scenarios, including a war that begins with an enemy missile attack on IDF General Staff headquarters in Tel Aviv, or a cyber attack on Israel’s traffic light system, or the storming of a border community.

The harrowing possibilities were presented against a backdrop of an extremely precarious security situation, in which the only stable factor is instability. The instability rocking the region “guides us every morning when we in the IDF wake up,” he said.

“Instability on a daily basis is a part of the daily routine of every commander in every sector today,” he continued.

“Let’s discuss a patrol moving along a border road on the Golan Heights and it drives over an explosive. An anti-tank missile is fired immediately afterwards at a second patrol that arrives to provide assistance, hitting it too. The future chief of staff will hear of three kidnapped soldiers, one of them perhaps a battalion commander who arrived first on the scene … a global jihad organization could take responsibility,” Gantz stated.

Noting that past wars began this way, Gantz said the Golan Heights would this time be added to any equation, due to the civil war in Syria and the presence of jihadist elements across the border.

“If Hizbullah decides to hit a target almost anywhere in Israeli territory, it will know how to do so. Similar barrages will be fired at Eilat by an organization acting in tandem with Hizbullah, or anyone who chooses to ‘join the celebration.’ Simultaneously, hundreds of Hamas members will make their way to the Erez border crossing or the Northern Gaza Brigade. Does this sound imaginary? I don’t think so,” Gantz said.

The increased coordination among terrorist organizations on the borders also creates a new reality. “This reality will confront us with multiple-arena scenarios that are very realistic, though different from what we’ve known in the past,” Gantz said.

Always a complication is the international arena, since “every deviation in the Israeli response involving civilians, even if they’re not necessarily innocent, will trigger delegitimization steps, petitions to international law courts in real-time, demonstrations around the world and the involvement of the international community, from the start of the incidents.”

“In Lebanon today, there are homes in which there are guesthouses alongside missile houses. This is a clear intelligence reality,” he said.

He concluded by saying, “I’m telling you about a day of war in the life of a future chief of staff, but actually, this could be the morning I wake up to myself as chief of staff tomorrow.”