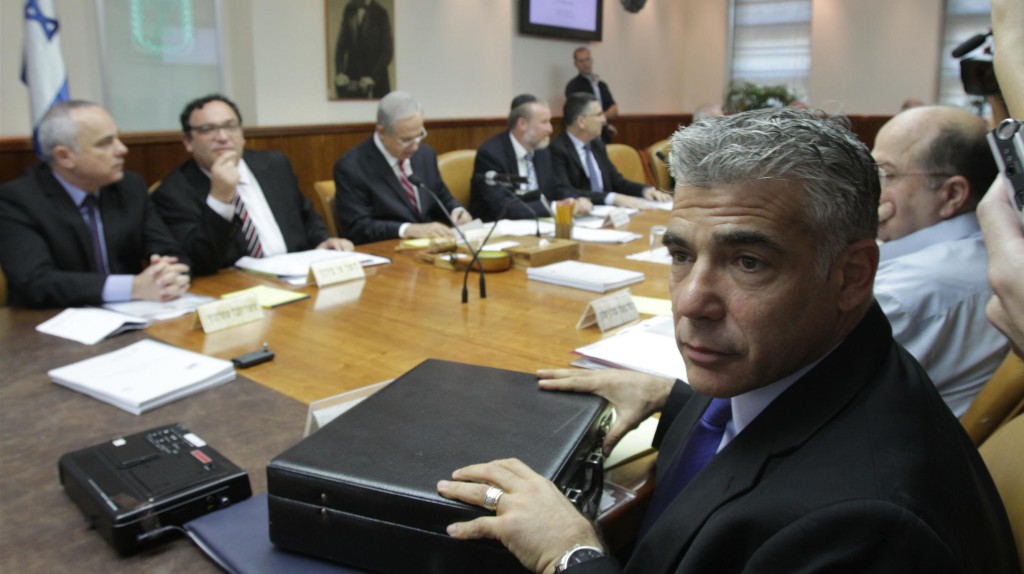 Hopes for a rollback of some of the new taxes imposed on Israelis in the government’s program for reducing the deficit were dashed by Finance Minister Yair Lapid on Monday night, when he said there would be no change in the tax structure before next year.

A raft of spending cutbacks coupled with a new method for calculating Gross Domestic Product — which affects deficit estimates — are said to be responsible for the improved economic outlook.

“I said from day one, if economics will allow us to, in the future — meaning this is not something we can look into, because the details now are very vague and changing daily — my goal always was to lower taxes if possible,” Lapid told The Jerusalem Post.

In addition, on Monday, a Bank of Israel report brought more good news. It found that the current budget plan for 2014, which economists predicted would overshoot the deficit target, will hit the 3% goal for that year, thanks to the new accounting.

Regarding the selection of a new Bank of Israel governor, which has been plagued by embarrassing false starts, Lapid said that he and Prime Minister Binyamin Netanyahu would finalize their decision on a new governor “in a few days.”

Asked what specific qualities or policy positions he was looking for in the next governor, Lapid said, “You just want to have a really, really good economist.”

Lapid did not deny that the BOI decision is being delayed because he and the prime minister haven’t been able to agree on a choice.

“He’s to my right economically,” the finance minister explained.“His basic school is a smaller [state], more private sector. I would like more investment from government, expenditure on education, more involvement in housing; so these are the differences between us.”

Although Lapid himself called the selection process a “farce,” he rejected outright the suggestion that the Knesset be given oversight on the nomination, as is the case in some other economies.

“I think if you look at the kind of populist wave that is now storming through our parliament, you have at least a good enough reason to think that it might turn into a circus,” he said.