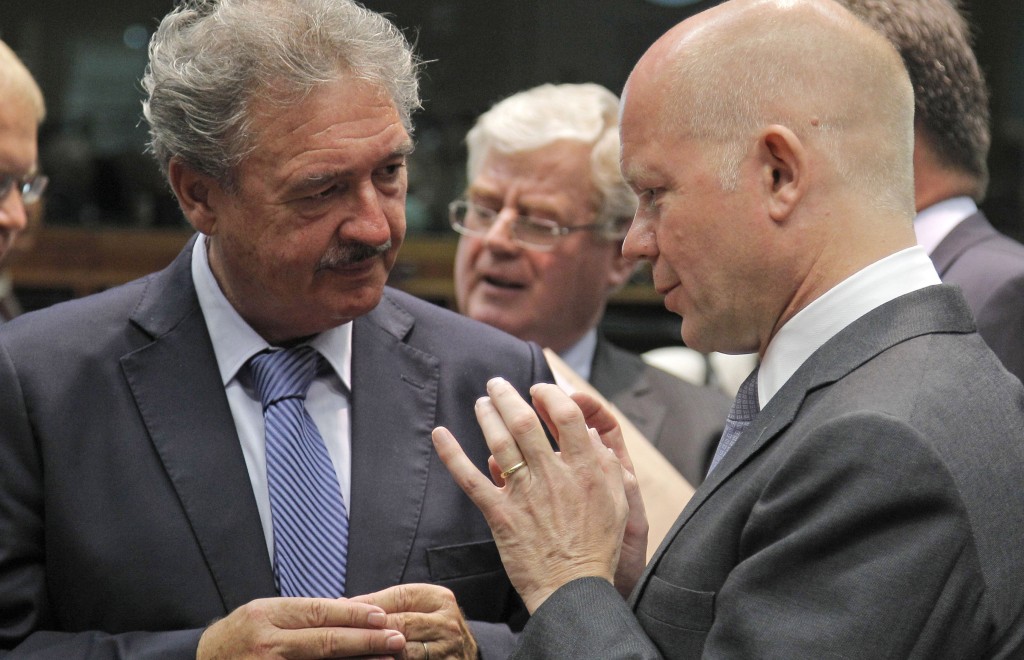 The European Union placed the military wing of the Lebanese party Hezbollah on its terror list on Monday in a major change of its policy toward the region.

The EU’s 28 foreign ministers reached the decision unanimously at their monthly meeting, swiftly swaying the last nations that had any doubts.

It came after prolonged diplomatic pressure from Washington and Israel, who both consider Hezbollah a terrorist organization.

The blacklisting would mean imposing visa bans on individuals and asset freezes on organizations associated with the group.

“It is good that the EU has decided to call Hezbollah what it is: a terrorist organization,” said Dutch Foreign Minister Frans Timmermans.

“I’m satisfied that we took this important step today, by dealing with the military wing of Hezbollah, freezing its assets, hindering its fundraising and thereby limiting its capacity to act,” Timmermans said.

But the implementation would be complicated since officials would have to unravel the links between the different wings within Hezbollah’s organizational network and see who could be targeted for belonging to the military wing.

It could take up to two weeks before names of individuals and organizations are added to the list, officials said.

The Iranian-backed group plays a pivotal role in Lebanese politics, dominating the government since 2011, and has since sent its members to bolster Syria’s President Bashar Assad forces in their assault of rebel-held areas.

Hezbollah officials in Beirut declined to immediately comment on the EU decision but in a May speech Hezbollah chief Sheik Hassan Nasrallah had said any such move would be no more than “ink on paper.”

Israel welcomed the decision. It fought a bitter month-long war with Hezbollah in 2006 and does not differentiate between the groups political and military wings. Israel holds Hezbollah responsible for carrying out attacks on Jewish and Israeli targets around the world. Hezbollah has denied involvement in some and not commented on others.

Earlier this year, the group was accused of involvement in last year’s attack in the Black Sea resort of Burgas in Bulgaria, which killed five Israeli tourists and one Bulgarian. It has refuted that allegation.

The attack on EU territory plus a Cyprus criminal court decision in March finding a Hezbollah member guilty of helping to plan attacks on Israelis on the Mediterranean island has galvanized EU diplomacy in moving toward action.

“We should name names because time comes to tell the truth,” said Lithuanian Foreign Minister Linas Antanas Linkevicius, who chaired Monday’s meeting. “What was done by the military wing in the region and elsewhere I would say, there should be some reaction.”

Even though evidence from Bulgaria and Cyprus would have been key in the decision, several EU nations also have pointed to Hezbollah’s involvement in Syria as another reason for the move.

As Hezbollah’s hand in the Syrian conflict has become public, Lebanon has seen a spike in Sunni-Shiite tensions that has sparked gun battles in several cities around the country. Many Lebanese Sunnis support the overwhelmingly Sunni uprising against Assad in Syria, while Shiites generally back Hezbollah and the regime in Damascus.

Hague said that blacklisting Hezbollah’s military wing would not “destabilize Lebanon or have serious adverse consequences.”

“It is important for us to show that we are united and strong in facing terrorism,” Hague said.