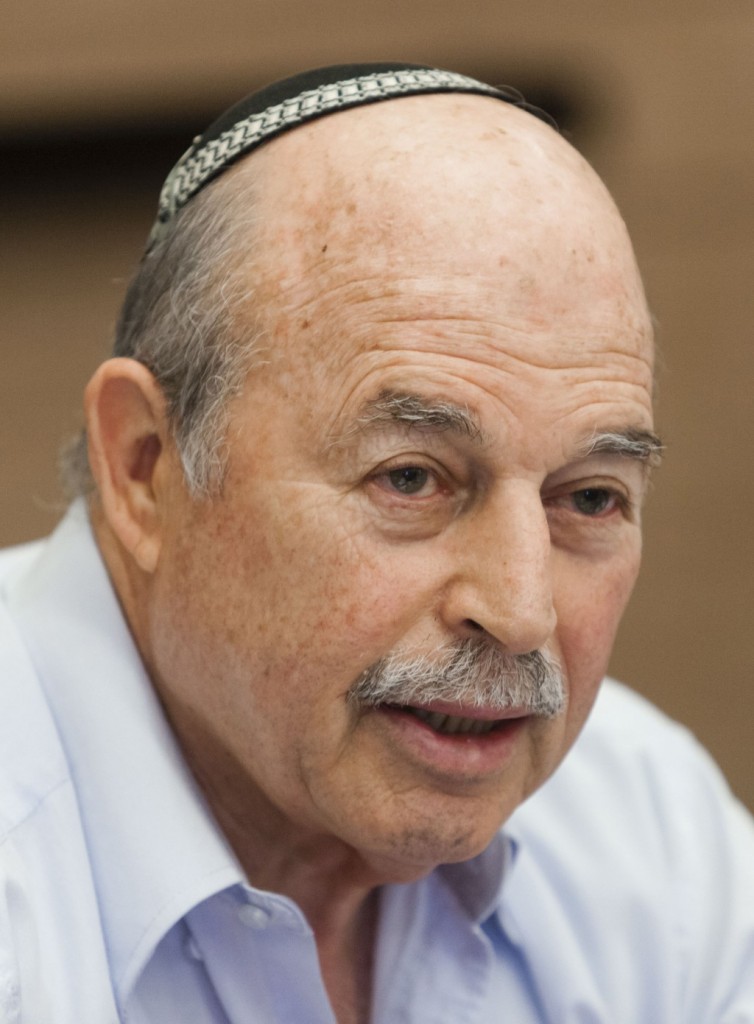 The Finance Ministry’s proposed cuts to child allowances sparked a stormy debate in the Knesset Finance Committee on Monday, during which MKs from the coalition lined up with opposition party members and public policy experts to denounce the plan.

MK Micky Rosenthal (Labor) was unreserved in his castigation of the budget proposal:

‘You [the treasury] are destroying the social fabric of the state. Hatred for the chareidim is causing the Finance Minister to go out of his mind. They are creating two strata: those who drive around in jeeps with tinted windows and don’t see the rest who are getting crushed.”

MK Michal Biran (Labor) went even further, saying that the chareidim won’t even suffer from the cut. “Chareidim will find solutions within their communities. They are worried about each other, they have gemachim and chessed organizations. Those who will suffer will be the children of the general population. Through the intention to the harm the chareidim, everyone is being negatively affected.”

Coalition MKs also blasted the proposal. MK Gila Gamliel (Likud-Beiteinu), who is the coordinator of the coalition in the committee charged with getting the Treasury’s proposals passed, said that Israel is on the bottom tier of OECD nations for child allowances. “In every other area we present comparisons to the OECD, but not in this case for some reason. Apparently, it isn’t comfortable.”

“The cut in the child allowance is one of the harshest and drastic proposals in the current budget proposal. For many families, it amounts to a substantial part of their monthly income, which is used to buy bread and necessities. I understand the budgetary importance — 3 billion shekels — and the need to help families join the labor force, but a child is a child, even if its parents are to blame for something,” said Finance Committee member MK Reuven Rivlin (Likud).

Rivlin asked the Ministry of Finance to reduce the cut. “If we are forced to make this cut, it should not be imposed drastically, but spread out over time. The allowance should also be taxed, so that high income-earners will repay part of it back to the state, and low income-earners will receive it in full.”

United Torah Judaism MK Rabbi Yaakov Litzman, in a passionate speech, said that those who claim that such measures are necessary to save the economy know they are baseless.

“Governments have risen and fallen, and the economy has remained generally stable,” he noted, and accused the ministry officials and Yesh Atid of targeting vulnerable sectors of society. Referring to a petition filed by Labor chairwoman Shelly Yacimovich, he said the High Court will have to decide the constitutionality of the budget.

MK Rabbi Yisrael Eichler (UTJ) said that “there is a consensus among the people and the professionals in the field that the government must not harm the child allowances, nor turn national insurance into a branch of the tax authority.”

He denied that there was any desire on the part of the budget framers to encourage chareidim to enter the work force, as they claim, by reducing government assistance. Nobody is prepared to offer them job opportunities. On the contrary, the same people place obstacles in their path.

Rabbi Eichler told the committee members they were the last defense against the cuts, and appealed to them to prevent them from passing.

MK Yitzchak Cohen (Shas) said that nobody was fooled by their claims of economic necessity. “Taking 3 billion shekels from consumers will ruin the economy. The poor don’t use the allotments for savings. They inject it immediately into the local economy, and by removing that money from the market, you will be causing the economy to decline due to lessened demand.

Turning to the MKs from the Jewish Home party, Rabbi Cohen reminded them of Mordechai’s warning to Esther on the eve of the decrees of Achashverosh: “Don’t imagine that you can escape in the house of the king. Because if you are silent at this time, relief and salvation will rise for the Jews from another place, and you and your father’s house will perish.”

“Don’t say we didn’t tell you. You are bringing a real catastrophe upon thousands of Jewish homes who will be driven under the poverty line. You will be held directly responsible,” he said.

Others criticized the illogicality of the proposal, as well.

“This cut is not because Israel’s welfare payments are high, and should be reined in. On the contrary, they are the lowest in the developed world. The average welfare payment in Israel is €38 (for the first three children), compared with €80 in the UK, €120 in France, and €190 in Germany,” Prof. Momi Dahan, the head of the School of Public Policy at the Hebrew University of Yerushalayim, told Globes in a recent interview.

Dahan also rejects the Ministry of Finance’s argument that the child allowance encourages large families. “If true, it’s irrelevant, and does not explain the measure, because it refers to large families, and the cut in the allowance is also made with the first child, the second child, and the third child. If the problem were the encouragement of large families, the allowance could be increased for the first three children, and reduced from the fourth child. But the cut is regardless of the number of children born into a family.”

Finance Committee Chairman MK Nissan Slomiansky (Jewish Home) said he had no desire to increase poverty in the country, and that a decision would be made as to what to delete and leave in the budget, after all the facts are in, and a fuller picture can be obtained.