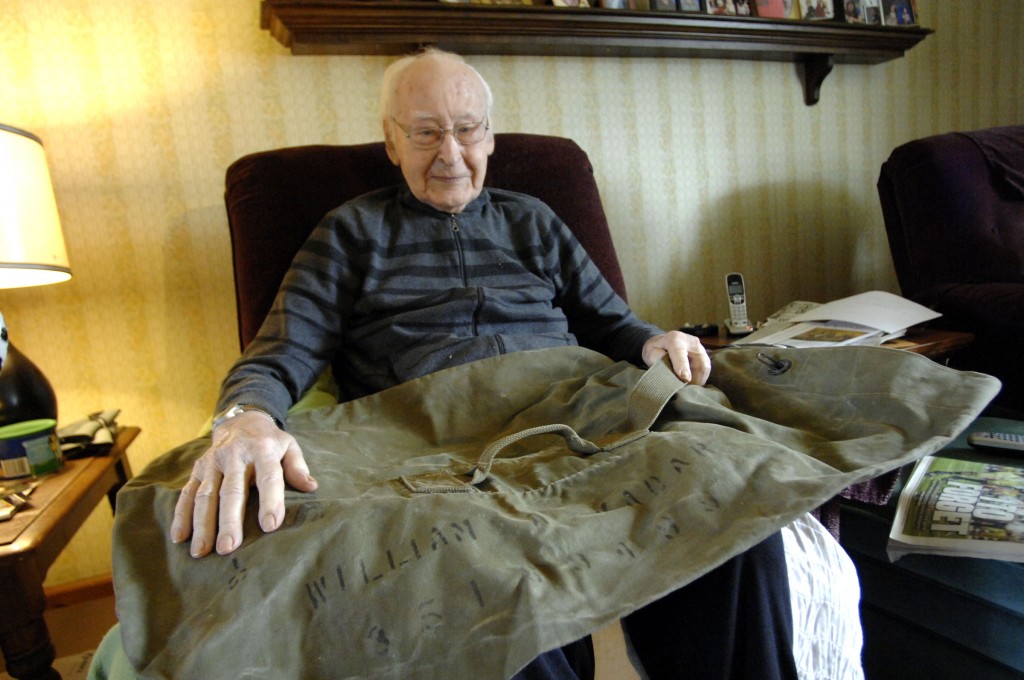 TOKYO (AP) – A Japanese official says a woman in his town near Tokyo who became the world’s oldest living female just last month has died at 115.

Koto Okubo died Saturday at a nursing home in Kawasaki City, according to city official Mitsuhiro Kozuka. He said her relatives declined to release the cause of her death and family details.

Born Dec. 24, 1897, Okubo held her title for less than a month following the death of Dina Manfredini of the United States.

Manfredini died within two weeks after becoming the world’s oldest person. Jiroemon Kimura, a 115-year-old man in Japan’s ancient capital of Kyoto, inherited that title. He was born on April 19, 1897.

The city official said Okubo had lived with one of her sons at the same nursing home.

NEW YORK (AP) – An 18th century cannon was found loaded with gun powder and a cannon ball during a routine cleaning at the Central Park Conservancy.

Residual gun powder was spotted after a piece of rust was removed from the cannon, exposing the cannon ball, New York City Police said. Authorities were summoned to remove the gun powder and make the cannon safe for public display. The cannon came from a British Royal Navy Ship, the HMS Hussar, circa 1763 to 1780.

“We silenced British cannon fire in 1776 and we don’t want to hear it again in Central Park,” NYPD spokesman Paul Browne said.

Packing material, gun powder and a cannon ball are occasionally found inside cemented cannons when they are X-rayed during routine cleaning. A spokeswoman for the Central Park conservancy had no comment.

MERRILLVILLE, Ind. (AP) – A World War II veteran who served in France during the war has been reunited with his Army-issued duffel bag nearly seven decades after it went missing.

William Kadar, 92, opened a carefully wrapped package Tuesday at his Merrillville, Ind., home and found his drab green duffel bag inside, still stenciled in black with his name and serial number. Kadar last saw the bag used by soldiers to tote their gear in November 1944, a month before he was captured by the Germans.

A letter included in the package said the bag was being returned by a 16-year-old French boy who found it in his grandfather’s house.

“It’s still in good shape. Oooh, boy. Well, I finally got it,” Kadar told the Post-Tribune.

Kadar’s granddaughter, Arleen Haas, said the bag was found and kept by a family in Rehaupal, France. The teen’s great-grandparents were killed when their house was bombed by the Germans when his grandfather was 10 years old.

The teen was initially reluctant to return the bag since it was a symbol of his family’s history, but the family eventually decided to send it to Kadar. Haas said her family hopes to speak to the boy through Skype soon.

“It’s given us a deeper understanding of what he and others went through,” said another of Kadar’s granddaughters, Amy Parsons, of Valparaiso. “We don’t have that perspective in the U.S. as much. (Kadar) always said, ‘It’s a miracle I came home.’”

Kadar was captured by the Germans in December 1944 in Mittelwihr, France. He lost nearly 80 pounds in a prison camp before it was liberated in April 1945.

Haas, who served 10 years in the Army, retraced her grandfather’s footsteps while stationed in Germany. Back in the U.S., she sought more information on his war experience and eventually entered his name and service information in a military forum.

Someone from there contacted the family about the duffel bag after the French boy’s uncle asked the Texas Military Museum for help in finding the owner.

Kadar’s daughter, Lynn Sattler, said the experience left her with a mixture of emotions.

“I’m amazed it’s been found, grateful that it was sent back to him, and bittersweet because he doesn’t remember (the war), but parts of it do come back,” Sattler said.

LAUREL, Md. (AP) – Racetrack officials say a horse escaped from Laurel Park in Maryland and galloped 1.6 miles on a road with traffic before being caught.

Laurel Park spokesman Mike Gathagan says a 4-year-old gelding named Bullet Catcher was heading back to the barn after a workout about 9 a.m. Friday. Gathagan says the animal tossed a jockey and ran off the track onto Route 1.

Another jockey followed the horse in a truck.

The horse finally slowed down in front of a car dealership, and the jockey and a trainer were able to catch him. The animal was taken back to the track in a van.

Gathagan says the horse has some abrasions on his feet, but the full extent of any injuries would not be known for a few days.

SALT LAKE CITY (AP) – The U.S. Air Force took responsibility for a set of mysterious booms that had scientists stumped as they pondered the origin of the vibrations that were widely reported across northern Utah.

They were B-52 bombing runs in the desert.

Seismologists said the booms weren’t an earthquake. The Air Force at first denied involvement, saying its fighter jets didn’t break the sound barrier. Aerospace company ATK said it wasn’t testing any rockets. And asteroid and meteorite watchers had nothing to report.

It had to be something.

“It was like my walls were shaking,” said Catherine Whidden of the University of Utah Seismograph Stations, who noted instruments recorded back-to-back booms around 9 p.m. last Tuesday.

She believed the low-frequency rumble originated in the atmosphere and not from beneath the ground.

That shifted attention to Hill Air Force Base, about 20 miles north of Salt Lake City, which flies squadrons of sound-busting F-16s.

Hill officials blamed the 2nd Bomb Wing of Barksdale Air Force Base in Louisiana, which was using B-52s to drop bombs in Utah’s west desert.

“We believe conditions were perfect for the noise to travel a long distance,” Air Force spokesman George Jozens said.

Low cloud cover and dense fog allowed bomb noise to “carry, ricochet and even be amplified” over some 100 miles toward Salt Lake City, he said.

The B-52s were scheduled to drop bombs again last Wednesday night across the 2,600-square-mile Utah Test and Training Range.

Meteorologists heard what sounded like thunder and felt the walls of their office shake at the National Weather Service office in Salt Lake City. But the weather was calm.

Before the Air Force took responsibility, science buff Larry Park speculated the vibrations were “earthquake booms” originating inside the Earth.

Park has gained notoriety for trying to forecast earthquakes. Days after a tsunami that swept across the Indian Ocean in 2004, he panicked tens of thousands of people with an urgent warning to authorities that another earthquake could roil the ocean.

It didn’t happen, and India’s science minister scolded him.

“The booms going on near Salt Lake City are acoustic or sonic types of signals that are new to the seismological community,” said Park, a Hillsboro, Ore., electrical engineer who uses instruments that he says measure the elasticity of the Earth’s crust.