Sliced, Diced and Boiled in Oil 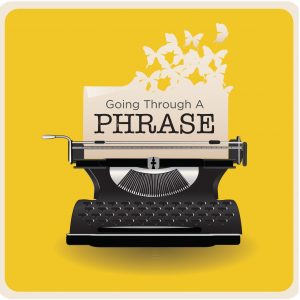 After my last serving — on the history, lexicography and theology of ketchup — my head chef sent a complimentary email.

I replied, “You want fries with that?”

I was just kidding. I wouldn’t do that to her.

Eric Schlosser is an investigative reporter. What used to be called a muckraker. His Fast Food Nation gets into the nitty gritty of some foods that should encourage fasting. Why do French fries taste so good? It’s not just the ketchup. It’s the secret “natural flavoring” that takes a processed product (one Mrs. Potato Head would never recognize as her own child) and beguiles our tongues.

It’s relatively simple to control aroma. The real science in the process includes an elusive quality called “mouthfeel.” That’s “the unique combination of textures and chemical interactions that affects how the flavor is perceived.”

In clandestine laboratories, technicians adjust the mouthfeel “through the use of various fats, gums, starches, emulsifiers, and stabilizers.”

One of the key elements of mouthfeel is crispness. Nobody likes soggy French fries. But how do you measure crispness?

It’s elementary, my dear Watson. The secret is in “rheology, a branch of physics that examines the flow and deformation of materials.” The miracles of modern science have created methods of analyzing the rheological properties of foods, including “the bounce, creep, breaking point, density, crunchiness, chewiness, gumminess, lumpiness, rubberiness, springiness, slipperiness, smoothness, softness, wetness, juiciness, spreadability, spring-back, and tackiness.”

No wonder food flavorists are in the chips. (I’m waiting for them to come up with kosher-for-Passover Scotch.)

I hereby publicly assure the head chef that I’ll pass on the fries and not pass them along to her. She should only live and be well.

There’s still a lingering question, though. Why are they called French fries?

The research team at Today I Found Out newsletter traced the origin of French fries and found much of the history as murky as overused oil. Belgium was eating potatoes while the French still thought the plant was only fitting for animal feed.

“In fact, in 1748, the French Parliament even banned cultivation of potatoes as they were convinced potatoes caused leprosy.”

Only after French army medical officer Antoine-Augustine Parmentier promoted the potato did it become popular. He discovered that potatoes were edible when, in “the Seven Years War, Parmentier was taken captive and, as a part of his prison rations, was given potatoes.”

After his release, he started cultivating and selling potatoes, and got them declared edible for humans. A genius at marketing, Parmentier hired guards to protect his crops. But the “protection” was to give his crop the appearance of great value. Then he instructed his guards to accept any bribes they were offered and let people “steal” the potatoes.

Free sampling did not begin with Madison Avenue.

Soon, French marketing of potatoes to America led to the label “French fries.” Oddly, in much of the world they are called “American fries.”

We don’t know what Thomas Jefferson had for lunch the day he wrote the Declaration of Independence. But we do know he liked his fries French.

“In 1802, Thomas Jefferson had the White House chef, Frenchman Honoré Julien, prepare ‘potatoes served in the French manner’ for a dinner party. He described these as ‘potatoes deep-fried while raw, in small cuttings.’”

William Safire quoted a New York Times headline: ‘‘An Order of Fries, Please, but Do Hold the French.’’

Safire commented, “Representative Bob Ney, chairman of the committee responsible for House operations, ordered the word French stricken from all of the chamber’s menus: henceforth, the potatoes laden with cholesterol were to be labeled ‘freedom fries.’ The Ohio congressman, who is of French descent and who speaks the language fluently, was immediately assailed by Representative Barney Frank of Massachusetts for ‘making Congress look even sillier than it sometimes looks.’’’

As Marie Antoinette was heading to her beheading, she beheld the guillotine — the ultimate slicing and dicing machine — looming over her head.

In a desperate but futile attempt at a plea bargain, her last words were: