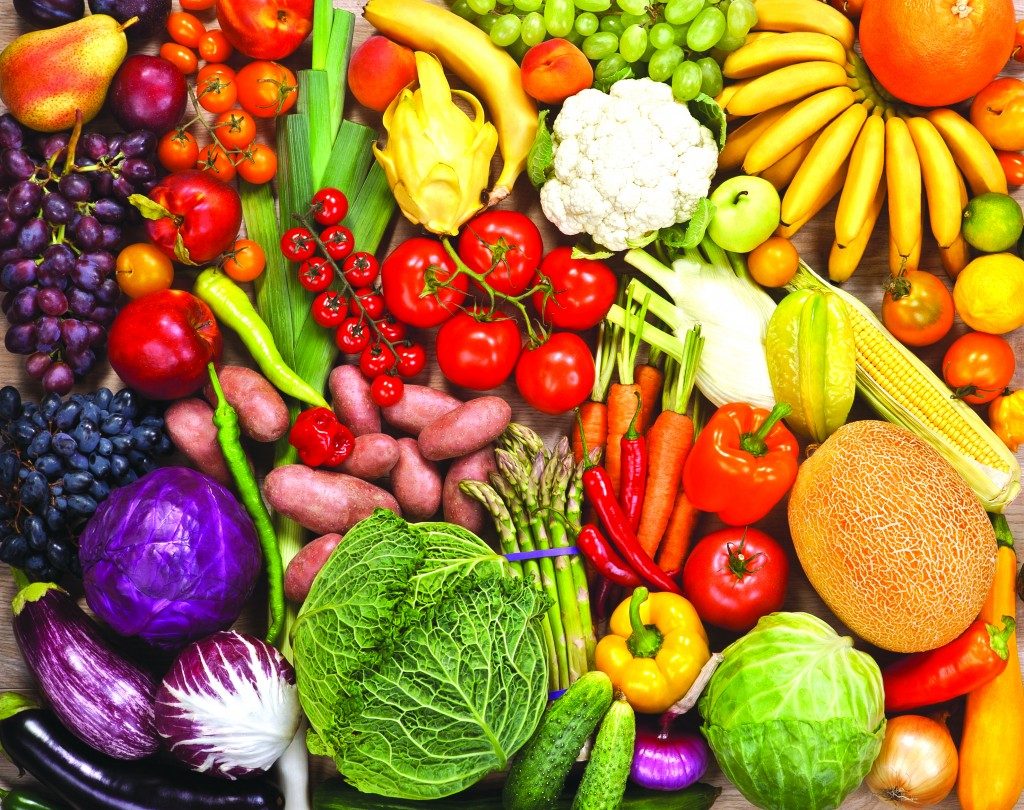 If you’ve ever found bliss in a bite of chocolate or smiled when someone offered you a french fry, then you know food can make you happy. But while it’s true that your favorite treat may give you a brief emotional lift, sustained mood-boosting brain power can only come from a consistent supply of nutritious foods.

Recognizing the difference between a quick jolt of cookie-fueled joy and the positive effects of long-term nutrition for brain health is important. Researchers are taking a closer look at the impact food has on your mood and future cognitive function, and they are finding that what you eat does make a difference.

There’s a mountain of evidence to show that the well-researched Mediterranean diet can help reduce the risk of heart disease, cancer and diabetes. And good news! That very same diet is also associated with improved mood and a reduced risk of depression and cognitive decline.

The key to the Mediterranean eating plan is to emphasize vegetables, fruits, beans, nuts, whole grains, olive oil and lean protein, while reducing ultra-processed, fried and sugary foods. Basically, eat the real stuff, and cut back on junk food.

Enjoying a collection of nourishing foods can feed the brain the right combination of nutrients, which help boost serotonin, the neurotransmitter that’s responsible for happiness and well-being. It also allows the brain to be properly fed with vitamins, minerals and antioxidants to combat oxidative stress and reduce cellular damage to brain cells.

An offshoot of the Mediterranean diet is the brain-healthy MIND Diet (Mediterranean-DASH [Dietary Approaches to Stop Hypertension] Intervention for Neurodegenerative Delay), which is based on the same foods but adds extra emphasis on eating berries, leafy greens and nuts. Researchers have found that people following the MIND diet have better cognitive abilities, equivalent to being 7.5 years younger in age than people not following it. They also found that people sticking to the MIND eating plan lowered their risk of Alzheimer’s disease by as much as 53 percent. Yep, food can do that.

Studies show it’s the cumulative and synergistic effect of all of the foods in the Mediterranean/MIND diet, and not one singular food that has the most powerful effect on brain health. Translation: There’s no specific superfood that will make you happy or improve cognition. Instead, aim for a healthy eating plan with a variety of nutritious foods. Here are some brain-healthy ingredients to consider adding to your plate, and why you should embrace them:

Salmon: People who eat omega-3-rich fish tend to have a lower risk of depression and a more positive affect, which is defined as how much you experience positive moods and feel joy. Bonus: Salmon also contains vitamin B-12, which helps produce brain chemicals that affect mood. Low levels of B-12 are linked to depression.

Probiotics: Whether from supplements or foods, these good bacteria are beneficial for more than digestive health. People who take probiotics see improvements in their perceived levels of stress and have a more positive mental outlook compared to people not taking probiotics.

Leafy greens: Spinach, chard and other dark leafy greens contain magnesium, which can positively impact serotonin levels and boost your mood. About half of all Americans are low in magnesium, and this deficiency has been linked to an increased risk of depression and anxiety. In addition to your greens, add magnesium-rich pumpkin seeds, Brazil nuts, chickpeas and beans to your meals.

Blueberries: With a high content of antioxidants known as flavonoids, blueberries help activate brain pathways associated with better cognition and less cellular aging. Blueberries and blueberry juice are associated with having a more positive mood.

Chocolate: Results from systematic reviews indicate cocoa can shake off bad moods, and may be protective against depression. And sipping antioxidant-rich hot cocoa increases feelings of contentment and puts people in a happy mood. But since too much sugar is negatively associated with brain health, choose dark chocolate and keep portions to a square or two a day.

While many foods provide positive brain fuel, there are some edibles that have the opposite effect. In contrast to the Mediterranean-style plan, typical unhealthy Western diets that include excessive amounts of sugar, salty snacks, processed and fried foods have been associated with worsening of symptoms of depression, and an increased risk of cognitive decline and Alzheimer’s disease.

For these reasons, the Mediterranean diet includes limits on “meats and sweets,” while the MIND Diet limits fast food, red meat, cheese, butter, stick margarine, pastries and sweets. Keeping your brain in shape is just one more reason to choose whole foods and cut back on processed items.