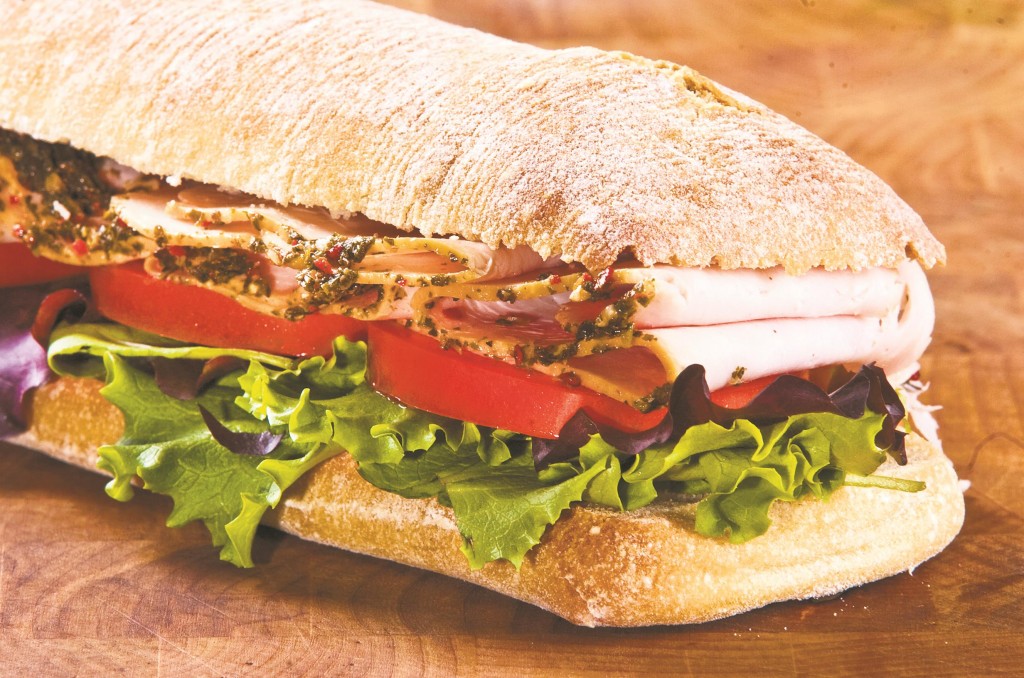 Americans consume too much sodium, according to current guidelines, and much of the excess may be hidden in our sandwiches, researchers say.

Based on national survey data depicting American eating habits over the course of a single day, the study found that half of all adults had a sandwich. And those who did took in more calories and sodium overall than those who didn’t.

The study team calculates that sandwiches, on average, contribute about a fifth of the entire day’s sodium intake for people who eat them.

“Excessive sodium intake is a health risk because of the relationship between sodium and blood pressure,” said the study’s lead author, Rhonda Sebastian, a nutritionist in the Food Surveys Research Group of the U.S. Department of Agriculture (USDA).

High sodium intake has been linked to worsening high blood pressure, a condition that can, in turn, increase the risk of heart disease, congestive heart failure and kidney disease, according to the USDA’s 2010 Dietary Guidelines for Americans.

The USDA recommends that everyone, including children, should limit their sodium intake to no more than 2,300 milligrams per day, or about one teaspoon of salt.

For “adults age 51 and older, African Americans of any age, and individuals with high blood pressure, diabetes, or chronic kidney disease,” the guidelines recommend limiting sodium even further, to 1,500 mg a day.

To see where big contributors of sodium may be lurking in the American diet, the research team used data from nearly 6,000 adults over the age of 20 who participated in the 2009–2010 What We Eat in America survey, part of the annual National Health and Nutrition Examination Survey.

During in-person interviews, participants listed all the food and beverages they consumed during the entire previous day, including quantities.

The results showed that in general, people consumed more sodium throughout the day than the USDA guidelines recommend: an average of 3,900 mg of sodium for sandwich eaters and 3,200 mg for those who didn’t have a sandwich.

This was true for both men and women and across all age groups, the researchers report in the Journal of the Academy of Nutrition and Dietetics.

But the biggest spread was apparent between men who ate sandwiches, who averaged up to 4,800 mg of sodium in a day, and men who didn’t eat them and averaged just under 3,900 mg.

Men in general ate significantly more sandwiches and took in almost twice as much sodium from sandwiches as women did, Sebastian told Reuters Health in an email.

But the explanation is not entirely that sandwich eaters consume saltier food, the study team writes in their report. The extra sodium was largely due to sandwich eaters taking in more calories overall, about 300 more than people who did not eat sandwiches.

Patricia Guenther, a research professor in the Division of Nutrition at the University of Utah who was not involved in the study, cautions, however, that it is also a matter of typical sandwich ingredients tending to be higher in sodium.

“It’s the processed meats that generally have the most sodium — cold cuts, luncheon meats, sausages, frankfurters/hot dogs,” Guenther said. People do not necessarily need to avoid these foods altogether, but they should limit how much they eat, Guenther told Reuters.

The researchers added that cheese and yeast-based breads are also among the top contributors to the sodium content of sandwiches.

The study did not account for additional salt sprinkled on foods or salt from non-food sources like antacids. But Sebastian said these sources make up only a small percentage of sodium intake for most people.

Because overall calorie intake played a large role in how much sodium people took in, Sebastian said, “It’s very important to pay attention to portion sizes. It’s also important to select more fresh foods that are low in sodium and fewer processed foods that are high in sodium.”