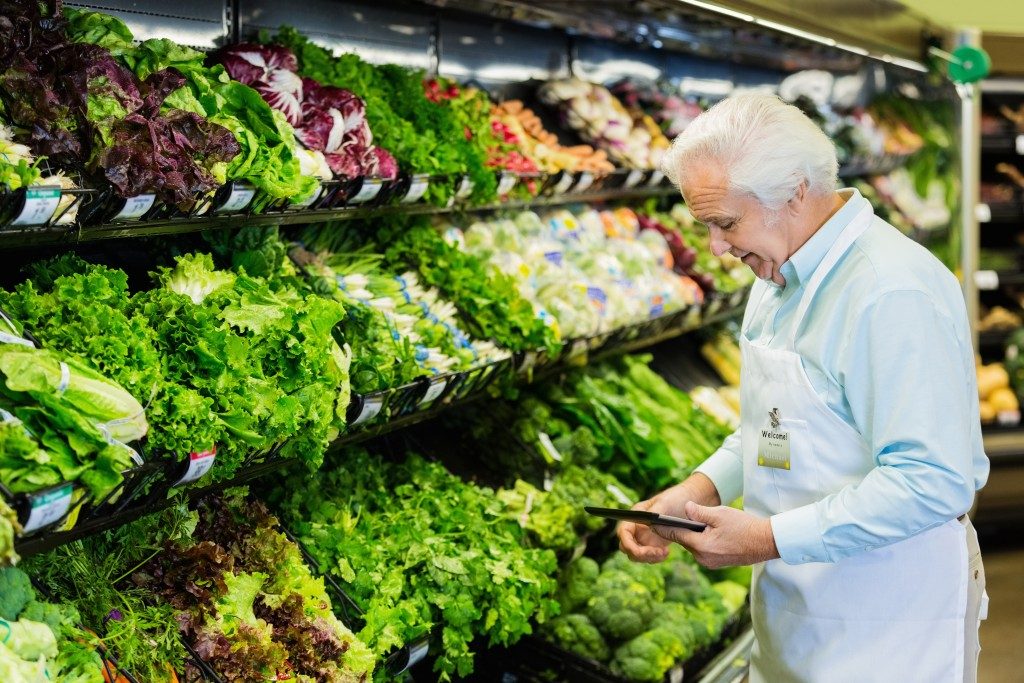 (The Washington Post) – Nobody disagrees: We Americans eat badly. We eat too many calories, too much highly processed food and not nearly enough vegetables.

Why is that? Ask the question, and you get a lot of answers, which is appropriate for a matter as complex as a country’s diet. But one of the answers that bubbles to the top almost every time is that nutritious food just costs more.

There are two relevant questions here. The first is empirical: Is healthful food more expensive? The second is behavioral: Is cost what stands between people and a better diet?

By one very straightforward measure, healthful eating does indeed cost more. If you look at cost per calorie (a reasonable measure, since calories are the one thing all food has in common, and we all need about 2,000 of them every day), nutrient-dense vegetables and fruits cost far more, on average, than the ubiquitous, nutrition-sparse sources of calories: refined grains, sugar and vegetable oil.

The fact that vegetables are, on average, more expensive than, say, Doritos doesn’t mean you have to abandon the idea of healthful eating and head for the snack food aisle. Sugar-snap peas and asparagus may bring up the average price of produce, but there are inexpensive calories in the category, too. Think sweet potatoes.

An ordinary supermarket (the one I shop at on Cape Cod) offers a variety of affordably priced calories to meet the daunting challenge of making your daily menu come in at under $4 per person, the average benefit under the Supplemental Nutrition Assistance Program, informally referred to as food stamps. Sure enough, there are the usual suspects: the processed foods that are a microwave away from being a meal. Kraft Macaroni & Cheese comes in at 13 cents per 100 calories. Similarly, there was a frozen burrito for 14 cents, canned beef ravioli for 17 cents and hot dogs for 10 cents. But the rock-bottom-cheapest meal option was instant ramen, at 6 cents, a price point so irresistible that I almost bought some.

As inexpensive as it is, ramen isn’t the cheapest source of calories at the grocery store. That honor belongs to — drumroll, please — all-purpose flour and vegetable oil, both of which cost all of 2 cents per 100 calories. Sugar, at 3 cents, rounds out that trifecta of low-nutrition, calorie-dense staples of the American diet.

No matter how cheap the processed foods are, the raw materials that go into them are even cheaper. And, if those raw materials are so very cheap for us, imagine how cheap they are for Kraft. So cheap that the company can manufacture a food out of them, box it, ship it and market it, and still sell it for pennies.

Even so, you almost always do better, cost-wise, when you buy the ingredients and cook them yourself, which is one of the reasons that upgrading to a decent diet may cost less than you think. A 2013 review of studies quantifying the price of a healthful vs. unhealthful diet found that the healthful version cost $1.48 more per person, per day.

Although $1.48 doesn’t sound like enough to make much difference in the quality of your diet, it can buy a variety of cheap, nutritious staples: peanut butter (at 7 cents per 100 calories), whole-grain pasta (7 cents), whole-wheat flour (3 cents), eggs (10 cents), rolled oats (7 cents), pearled barley (8 cents), corn flour (3 cents), brown rice (4 cents), dried black beans (10 cents) and unpopped popcorn (9 cents). (Of course, plain old price isn’t the only issue. Not everyone has access to an ordinary supermarket, but, from a policy standpoint, that’s not an affordability problem, it’s an access problem. Not everyone lives in a home with a proper kitchen, but that’s a housing problem.)

In that list, we find the crux of the issue. The healthful meals you can make at a price point that competes with ramen are anchored by rice, beans and whole grains. And, if you have time and skill — a really big “if” — you can combine those with foods that cost a bit more, such as chicken thighs (13 cents), sweet potatoes (38 cents), carrots (30 cents), frozen corn (25 cents), walnuts (30 cents), yogurt (36 cents) or frozen broccoli (63 cents), and eat pretty well for under $4 per day.

Before we go on, let’s spend a moment on subsidies. Although farm subsidies have certainly had an impact on the price of staples, that impact is dwarfed by the inherent costs of growing crops as different as corn and broccoli. In that particular case, broccoli costs 50 times what corn does to grow (per calorie).

It’s also important to note that the same commodity programs that affect corn and soy subsidize rolled oats, pearled barley, lentils, peanut butter and whole-wheat bread. Although I’m in favor of revamping those programs, they can’t shoulder all the blame for ramen.

Back to our dinner of chicken, carrots and black beans, and to the single parent, on a very limited budget, who has the challenge of trying to carve out the time to make it, only to have her kids complain that what they really want is instant ramen.

Adam Drewnowski, director of the University of Washington’s Center for Public Health Nutrition and a longtime researcher in this area, tells me in an email, “Obesity is almost entirely an economic issue, and the higher cost of healthier foods is THE main problem,” but he acknowledges that factors other than money come into play. He mentions two in particular: skill and time, which can feed you well if money is in short supply. “Cooking at home … is one way to eat better for less,” he says.

So, sure, it’s possible to make a healthful dinner on a SNAP budget, but the other resources required — time and skill — may be in short supply as well.

Tonja Nansel, a senior investigator at the Eunice Kennedy Shriver National Institute of Child Health and Human Development (an NIH institute), points out that if cost were the major barrier, we’d expect higher-income groups to eat much better than lower-income groups. “The difference in diet quality isn’t that big,” says Nansel, although it’s hard to determine exactly what the difference is because of the limitations of data based on people’s ability to remember what they ate yesterday.

A 2013 study that attempted to quantify that difference found that the lowest-income group did indeed eat less nutritious diets than the wealthiest group, but if you compare the lowest with the next group up, the diets are extremely similar. It’s not until you get to five times the poverty level that diets improve, and even then it’s not a big jump.

Nobody I’ve talked to disputes that cost is an issue. Likewise, nobody disputes that convenience and preference are also issues. But it’s hard to say what’s most important. “Most people prefer the taste of ramen to brown rice. They prefer chips to kale,” says Nansel. “The fact that we would rather not have to look at some of those other reasons is part of the reason cost gets so much traction.”

Food isn’t just nutrition. Food is pleasure, something very-low-income people have very few sources of, says Nansel. That doesn’t mean we shouldn’t tackle cost at a policy level, she adds. “If we can make healthful food more affordable and accessible, we ought to.”

Looking at cost (or access, or education, or time) as a barrier to eating well is much more comfortable than looking at preference, which smacks of blaming the victim. The idea that our lousy diet was perpetrated on us, with the poor as the most vulnerable, gets around that problem. But until we acknowledge that we — rich and poor — are complicit in our food supply, that we help shape it every time we buy food we want to eat, we’re unlikely to improve it.