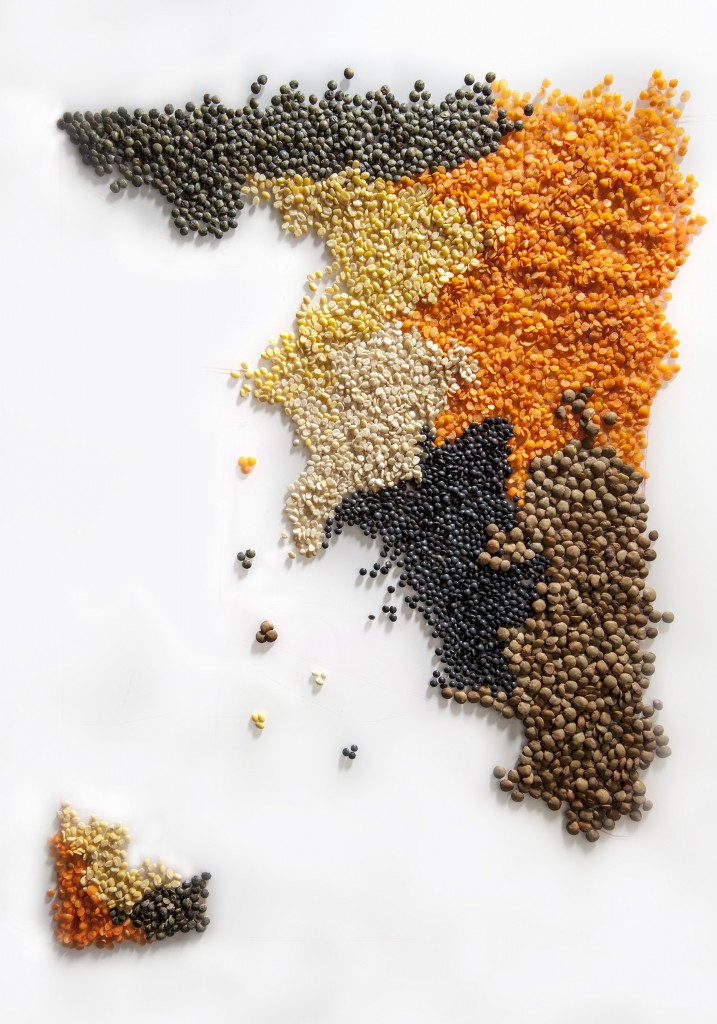 In the crowded world of legumes, we may ignore lentils in the rush to buy red kidney beans for chili, navy beans for soup, black beans, pinto beans, split peas and more.

That’s too bad. A smart cook learns to love lentils for their variety of textures and colors — black, pink, red, green and more — good nutrition, ease of cooking, and easy-to-swallow prices.

Indian cooks turn them into dals while Moroccans pride themselves on their recipes for the lentil-tomato soup called harira. In France, they may appear as a first course or alongside roasted meats. And rare is the vegetarian cook who hasn’t learned to love this legume.

But Peterson was also quick to tell us about a vinaigrette-dressed lentil salad. “We used to serve it with a paté in Paris when I was working there. That was fabulous.”

Peterson was not always so enamored with lentils. Recalling his time in Paris: “I was so, so poor, but I was at the Cordon Bleu and taking a pastry class, and I would come home with these beautiful cakes and we would sit there and have lentils for dinner —my friend, he would stock up on dry goods during periods of being flush — so we’d have these lentils that we’d rush through to get to the cake. But that was an example of not cooking them well when you don’t know what you’re doing.”

He’s mastered them and no longer associates lentils with poverty, “especially since they have now become chic and show up in fancy restaurants cooked with all sorts of expensive foods.”

Lentils, from the tiny beluga (yes, they look like the pricey caviar) to the green-black French du Puy and the broad brown, are comfortable sharing plate space with such dishes as duck and lamb, whether the lentils are served whole or pureed.

It’s time to ditch any outdated notions of the limited potential of lentils. The tiny seed’s versatility lies in its ability to play well with a variety of flavors, herbs and spices, giving cooks a blank canvas for exercising their creativity. Another plus: They don’t require soaking before cooking like other legumes, and cook in less than an hour.

Lentils, the seeds found inside the pods on the plant called Lens culinaris, have been nourishing folks for thousands of years. A cup of cooked lentils delivers almost 18 grams of protein as well as 15 grams of fiber and only 230 calories, according to the USDA Nutrient Database.

Removed from the pods, those seeds are usually found at the market in a dried form. They may be sold whole or split, with the skin on or off — offering cooks four options. Which one you choose can affect how they are cooked and how the finished dish will look. Whole, skin-on lentils (beluga, Puy) will hold their shape when cooked. Split lentils, with their skin off, will produce a silkier finished product.

While we found some supermarkets offering more than a half-dozen types, sorting through those at markets catering to ethnic communities may present a bit of a challenge. Cookbook author Anupy Singla writes that dal can refer to a soupy preparation made with legumes, but may also refer to dry lentil dishes in some parts of India. Don’t let nomenclature confuse you. Instead, go beyond the common brown lentil so easily found in stores and give, say, a lovely pink or red lentil a chance. 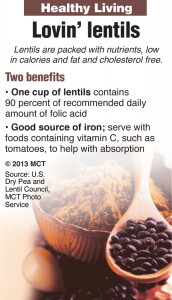 Here are some lentil types to look for: