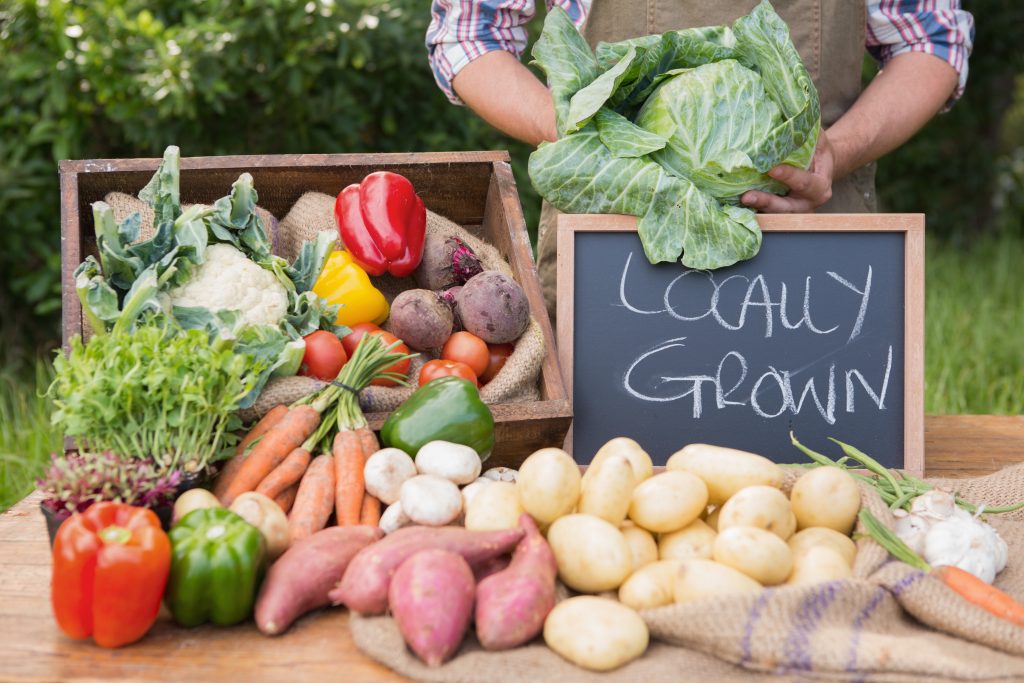 Longview’s popular farm and plant nursery Watershed Garden Works is brimming with life: from goldenrod, Douglas aster and lupine to purple basil, Desert King Figs and sweet wild strawberries. As soon as one crop is harvested, another one is planted.

Despite challenges, like fending off starlings, deer and nutria, owners Scott and Dixie Edwards harvest enough produce from their 7.5 acres to fill the farm share bags that go out to customers each week.

The Edwardses and other Community Supported Agriculture (CSA) programs in the area are working to change lives. They are part of a larger movement in the area to educate and expose everyone — including children and the homeless — to the benefits of local, clean farming and food equality.

Scott and Dixie Edwards opened Watershed Garden Works in an unincorporated part of West Longview in 1993. The business has two identities: one as a native plant nursery and the other as an organic farm.

Four years ago, the Edwardses started offering a CSA program as a way to sustain their income during the plant nursery’s down season in the summer.

A full share costs $25 a week, for up to 16 weeks. A half-share costs $15 a week. In exchange, shareholders receive a weekly bag of whichever fruit, vegetables or herbs were picked that morning. The bags may also include samples of honey, prepared sauces, condiments and recipe suggestions.

Scott Edwards said the contents can vary dramatically and also include unusual or less well-known crops like okra. Okra seed pods are more common in southern states, he said, so people in southwest Washington might not know the best way to prepare it.

Including items like okra in the farm share bags, along with healthy recipe suggestions, exposes the community to new culinary experiences. Plus, CSA members know that produce is harvested at a local, clean farm, Scott Edwards said.

“I like to know where my food comes from,” Scott Edwards said. “There’s a direct line between what we eat and our health. My body responds to good, clean food. It’s empowering to know that nothing has been sprayed [with pesticides].”

Watershed was previously certified organic by the U.S. Department of Agriculture, and although they haven’t changed their practices since, they decided it was too expensive to continue re-qualifying, Dixie Edwards said.

While the organic certification may not have made sense financially for Watershed, Dixie Edwards said it does make financial sense for everyone to buy from local farmers, she said.

“If someone buys something from us for $1, studies have shown that $1 circulates eight times in the community. That’s a benefit for the entire community,” she said.

Watershed also offers the option to donate a share to a local nonprofit, which provides wholesome meals twice a week for the homeless and hungry. Dixie Edwards is on the board and recently helped secure a $11,000 grant for the nonprofit to purchase freezers.

“We’ve been talking about healthy food for consumers, well it’s just as important to give nutritious food to people who don’t have any [money],” she said.

The nonprofit’s founder, Erika Quiroz, says partnering with local farms like Watershed strengthens the community and is more sustainable.

“It makes sense to eat things that grow where you’re living. Just think about how many fossil fuels are burned to transport crackers from Iowa. It’s far more than what Dixie is using to get her produce to market,” Quiroz said.

Quiroz said she first envisioned the nonprofit after a late night drive down Commerce Avenue in November 2016 when she noticed a large number of people sleeping in doorways. With the temperature dropping, she made a pot of chili and spent an evening ladling it out from the trunk of her car.

As she shared her experiences with people in the community, she started getting donations to hand out more food.

“We also began to learn how health-compromised people were who were living on the streets were,” Quiroz said. “When you live outside, you don’t have access to healthy food. And a lot of food given away for free is highly processed, sugary food. You cannot expect someone to regain their health eating like that.”

Twice each week, between 20 and 50 people gather at a former Church in Kelso for a meal prepared, in part, with donations from groups like the Watershed CSA program and the Lower Columbia School Gardens. Attendees also go home with snacks like peanut butter and banana sandwiches, whole grain hummus wraps or bags of snap peas, cherry tomatoes and grapes.

“Through food equality, we’re making a statement about the value of every human being and that we all deserve access to good, healthy food,” Quiroz said.

That’s an ideal that Ian Thompson, executive director of Lower Columbia School Gardens, says he is still working toward.

Quiroz and the Edwardses said the school gardens program has been a resounding success, blossoming from one school in 2010 to 18 today. About 5,000 children get to dig in the dirt, watch plants grow and learn how to prepare meals with their vegetables.

“We go from kids saying ‘I don’t eat anything green,’ to being crazy about kale and asparagus,” Thompson said Friday. “They become adventurous eaters and get excited about fresh food just like they would with candy or ice cream. It’s pretty striking.”

But Thompson said most people still eat packaged, processed foods. And sometimes programs like the school gardens only reach the more affluent members of society.

“A myth is that ‘I can’t afford to eat good food.’” But cooking from scratch is actually inexpensive, Thompson said. “Good food is something that should be accessible to everyone. Part of that [accessibility] is knowing about it.”

While it may still be some time before the general public values (and can even access) organic produce, Scott Edwards says the school gardens program has a “huge” impact on the changing local food culture.

Nationally, younger generations are more conscious of what they’re eating and how it was grown, he said.

“Millennials are more advanced about food. They were raised with a more culinary background. Some people are really into organic food, and brewing their own beer and kombucha,” he said. “I think that comes from a love of food.”

With interest in shopping local and organic on the rise, Watershed is one of many locations shoppers can turn to for fresh produce. Willow Grove Gardens in Longview also has a CSA program and the Wahkiakum Food and Farm Network includes 16 farms that offer everything from zucchini and bell peppers to blackberries and apricots.

But Dixie Edwards says she doesn’t see other farms as competition because they all have their own styles and specialties that can benefit the community overall.

“You’re sharing, and meals are meant to be shared.”