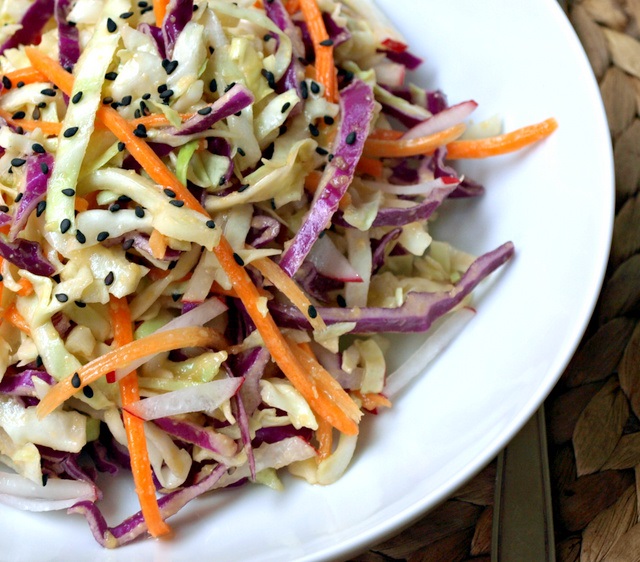 Do you know this expression? It’s used to rationalize our inability to acquire something out of reach. The most common usage of sour grapes is vinegar which is, in fact, plentiful, available and easy to make at home.

Vinegar has been around since the beginning of time. There was no need to invent vinegar as it invents itself. Any liquid that has sugar in it automatically turns to vinegar when exposed to air. The Babylonians used it to preserve foods and as a seasoning for their food. History records Greeks using it to preserve foods and Roman soldiers made a beverage which they used as they traveled. Not much has changed with our use of vinegar; we still use it to preserve and season foods.

The name comes from the simple compounding of two French words — vin and aigre — literally, sour wine. While food scientists speculate about cracks in wine barrels exposing the wine to bacteria in the air and souring the natural sugars, no one can accurately pinpoint the first usage of wine vinegar.

Vinegar is a totally natural food. There are no chemicals or preservatives in vinegar; actually, vinegar is a preservative itself. It is not just for salad dressing. There are also many medicinal tasks you can use it for. It naturally cleans and sanitizes better than anything on the market — use it to clean windows and crystal. It’s also perfect for vinyl floors and woodwork.

Add some to your washing machine when washing towels to eliminate sour odors. Vinegar is a natural way to get rid of ants, other insects, and unwanted weeds. Keep some in a spray bottle and spritz corners and gardens regularly.

Throughout history vinegar has also been a good way to preserve foods. Aside from its obvious use in pickling, it kills unwanted bacteria such as E coli.

Vinegar has also been known to dissolve warts and prevent athlete’s foot by killing fungus. Put cold vinegar on a burn to prevent blisters. Not to mention keeping nits and lice from your daughter’s hair. The uses are endless!

Red wine vinegars make good salad dressings and marinades for red meats because the taste can stand on its own without the addition of other strong flavorings.

White wine vinegars, white rice vinegars, and corn vinegar work well with refrigerated pickles or salads. They also work well with fish and poultry. Flavored vinegars give an interesting twist to vinaigrettes. Make your own by adding fresh or frozen fruit to a bottle of vinegar and allowing it to sit in a dark place for a week.

Vinegar is used in an astounding range of recipes from appetizers to dessert.

This version is lighter and lower in calories than traditional mayonnaise-laden coleslaw.

If you are using raw sesame seeds place them in a small dry skillet over medium heat and toast until light golden, about 3 minutes. Set aside. If using mixed sesame seeds, skip this step.

Combine cabbage, carrots, radishes and scallions in a large bowl. Add vinegar, oil, ginger, sesame oil and sugar and toss to blend. Season to taste with salt and pepper. Prepare two hours ahead to allow flavors to meld. Cover and refrigerate. Sprinkle with sesame seeds and serve.

A super-quick and elegant side dish

Heat oil in a heavy skillet over medium heat. Add peas, tomatoes and onions. Stir-fry until peas are bright green, about 3 minutes. Remove from flame. Sprinkle with vinegar. Season with salt and toss to coat.  Serve hot. 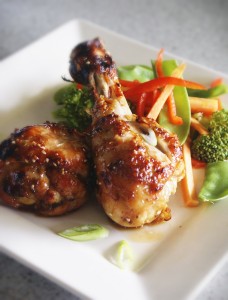 Try this for supper tonight. Your family will enjoy it as much as ours did!