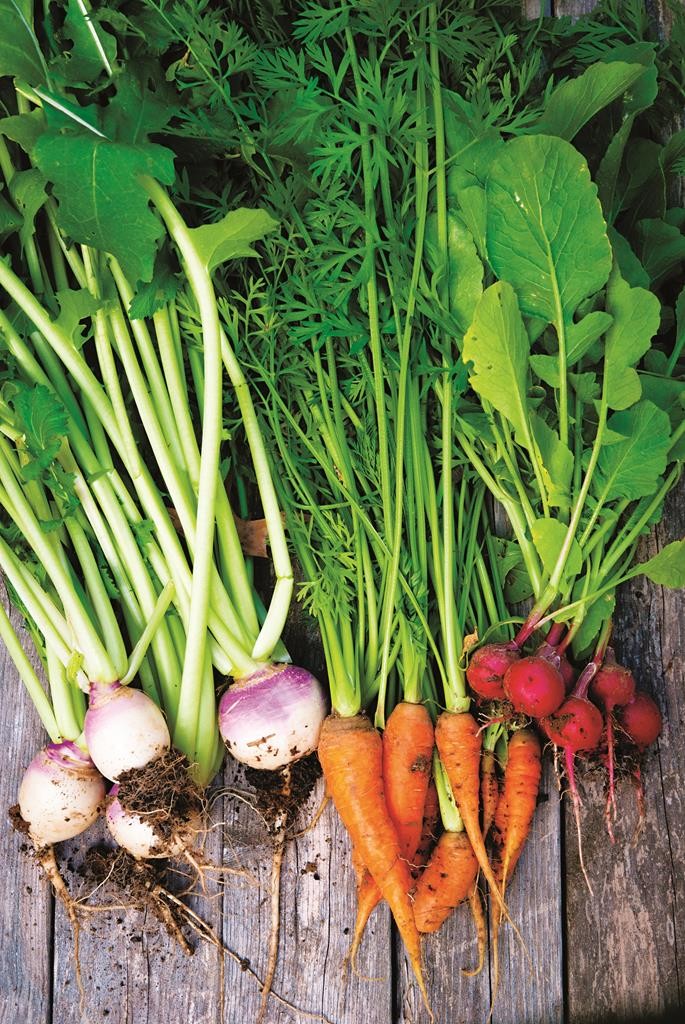 If you’re a fan of farm-fresh produce, chances are you don’t know what you’re missing.

Those feathery carrot tops you just tossed? Edible. Ditto goes for the green leafy tops of beets and radishes and the stalks and leaves of broccoli.

All too often perfectly edible vegetable parts are tossed in the garbage. With farmers market season in full swing, it’s time to reconsider how we use the veggies we buy.

When it comes to wasted food, the amount is mounting. Each year, Americans waste some 40 percent of all edible food, according to the National Resources Defense Council, a New York City-based environmental watchdog agency. Contributing food waste factors include unharvested fields, quality and appearance standards, mishandling and improper storage, the council says.

Add to that not knowing how to prepare whole vegetables. Using an entire vegetable can yield more value and variation. Not only are stalks, stems and leaves tasty, but some have entirely different flavors than their bulbous base or floret.

Broccoli stalks have a sweeter taste compared with their florets. Feathery carrot tops taste like herbs and can be used as such. And beet greens mellow when sautéed and can add a peppery flavor when added raw to salads.

Mark Nowak, owner of Seeley Farm in Ann Arbor, Mich., estimates that only half the people who buy vegetables from his stand at the Ann Arbor Farmers Market know they can use the whole plant. “Radishes, their flavor, can get spiky, and beet greens can get coarse,” Nowak says. “Anything younger is more edible and a lot of times more nutritious.”

Savvy shoppers like Nathalie Lambrecht and Elliot Jackson are among those in the know. They love beets, including the leafy green tops. Recently, at a farmers market, they were buying golden beets, a favorite that they usually steam or roast.

“We eat [the green tops] raw in salads or sauté them with olive oil and spices,” Lambrecht says.

Not being wasteful, the two reap as much as they can from the whole plant.

“We cut a thin slice off the top and sprout more greens,” Jackson says. “We’ve even roasted the beet greens in the oven — they are more like chips.”

When it comes to vegetables, Sally Brandtneris believes how people eat is coming full circle. In the past, she says, “you had to use everything.”

Brandtneris cooks a lot of cauliflower and broccoli and has found recipes for using the stalks.

“We use beet tops and lots of chopped herbs in salads and the green parts of young garlic,” she says. “What I don’t use, I usually compost.”

Make the Most of It

Here are some ways to get the most out of veggies and herbs.