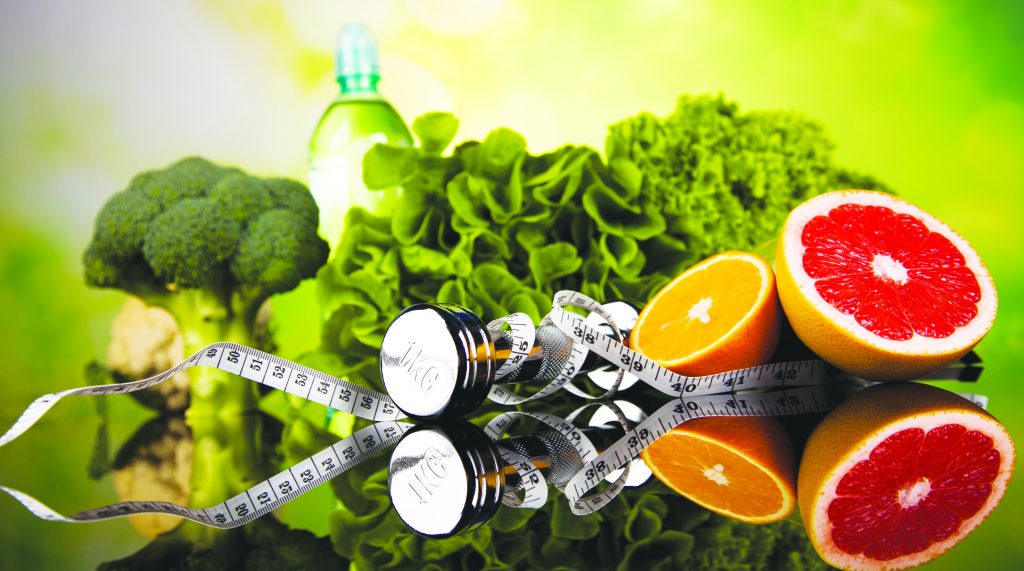 Almost 90 million Americans have it, but even though the condition can carry long-term life-threatening consequences, they may have no clue.

Prediabetes — which, in up to 30 percent of cases, can lead to full-blown Type 2 diabetes within five years, according to the Centers for Disease Control and Prevention.

But don’t give up, not so fast.

“It’s not a doomsday message, and it doesn’t mean you have to turn your whole world upside down because you’re prediabetic,” says Renu Mansukhani, a doctor at the National Center for Weight and Wellness in Washington.

We’ve asked experts in the field what you — if you are in this pretty common prediabetic category — can do through lifestyle changes to significantly reduce your risk of developing diabetes.

First, Mansukhani says, if you get a blood test back that indicates you are prediabetic, talk to your doctor about what it means and whether you should retake the test, as false positives are common.

If a second test comes back positive, Mansukhani suggests small, incremental lifestyle changes that will improve the condition for most people — but not all.

Having prediabetes doesn’t mean you can never eat a doughnut again, Mansukhani says. “But it might mean that you add one or two servings of the recommended five to nine servings of vegetables per day.”

The idea is to eventually replace at least some simple carbohydrates (such as processed foods, fruit and milk products) with complex ones (whole grains, beans and vegetables), says Rebecca Scritchfield, a registered dietitian in Washington.

“You want to get quality carbs with lots of fiber with each meal. Combine that with protein and fat, and you can avoid spikes in your blood sugar,” Scritchfield says.

Although fruit is relatively high in sugar, she doesn’t suggest you cut out it out completely.

“I recommend sticking to one to three servings of fruit per day, and if you’re really concerned, you can look at the glycemic index and pick fruits with less sugar — like berries and kiwi,” she says.

Fruit juices, though, should be avoided. They lack fiber and are high in sugar, a combination that often creates blood sugar spikes.

So instead of a glass of orange juice, eat an orange and drink a glass of water, she suggests.

Along with complex carbs such as vegetables (which should take up half your plate), your meal should have protein and fat, which will help you feel satiated and “stop you from overeating carbs,” says Scritchfield, who suggests limited snacking while eating three equal-size meals per day.

Mansukhani agrees that each meal should be a mix of carbs, fat and protein with a dose of fiber, as that helps with nutrient absorption.

But this can be particularly challenging when it comes to breakfast, a traditionally carb-heavy meal, Scritchfield says.

If you eat oatmeal, maybe add some protein powder. If you have a hard time stomaching a big breakfast, then split it into two meals (one at home and one at work).

“Just be sure not to skip breakfast,” she says.

But there is another way — along with food changes, or by itself — to reduce the amount of sugar getting stuck in your bloodstream: Exercise.

Because sugar is the No. 1 fuel that muscles use for movement, exercise helps lower blood sugar.

“The big, overarching thing about exercise is that it is one of the most efficient ways to reduce insulin resistance [and lower blood glucose levels],” says Kyle Stull, a master instructor for the National Academy of Sports Medicine.

Insulin is a hormone created in the pancreas that helps deliver sugar (from food) to the muscle cells (for movement).

When insulin is resistant, it is less effective in getting the sugar — the fuel — to the muscle cells.

But with exercise, insulin becomes more sensitive, Stull says, and some studies show that blood glucose levels fall by as much as 15 percent or more after aerobic exercise.

In fact, one study showed that just 20 minutes of moderate exercise [a day] could reduce diabetes risk by 46 percent.

It has also been shown that exercise even without weight loss can reduce the risk significantly but that weight loss combined with exercise is even more effective.

What kind of exercise is the most effective, and how much of it should we be doing?

“Both aerobic and resistance training are valuable,” Stull says.

The recommended amount of moderate aerobic training is 30 minutes per day, he says. You can also shorten the duration and up the intensity for similar improvements, he says.

“The main thing is to do something,” Stull says. “Time is the biggest obstacle. But if you can just do 10 to 20 minutes, it will make a difference.”

What if you make all these positive changes and your blood glucose level still isn’t going down — and maybe it even goes up over time?

“It’s not your fault,” Mansukhani says. “We know there is a group that doesn’t respond. In their case, medication might be necessary.” Some patients even undergo weight-loss surgery to help deal with their increased risk, she says.

“Don’t try to cut carbs completely — you’re setting yourself up. But maybe choose an apple instead of an apple crisp or doughnut,” Scritchfield says.