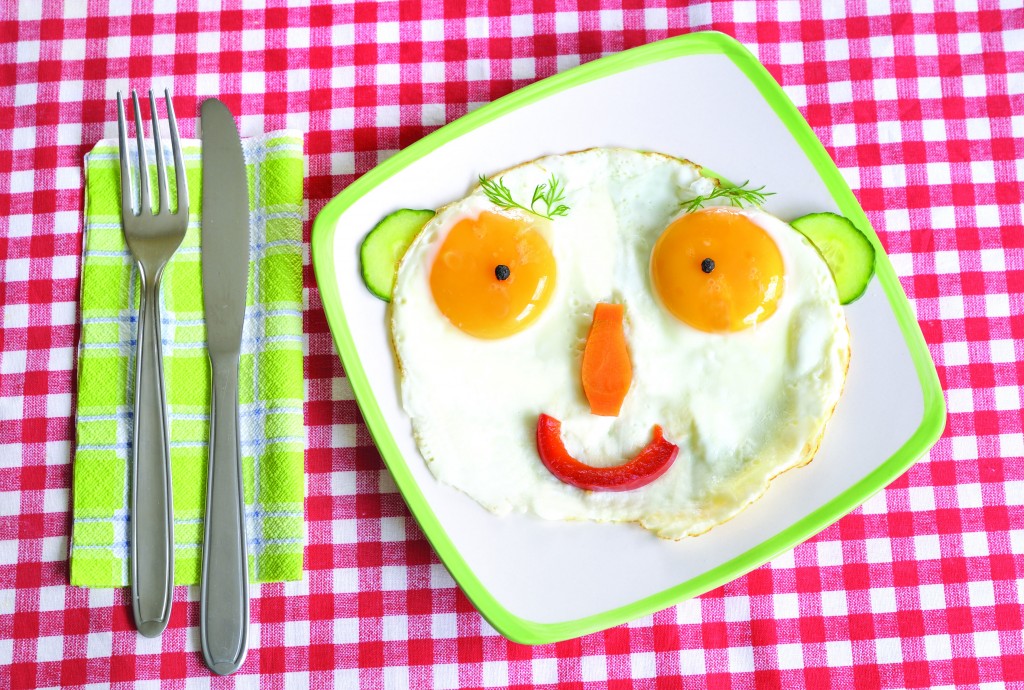 “What’s exciting about healthy eating is, the recommendations for most families are the same thing we keep saying,” said Jodie Shield, author and registered dietitian in Chicago. “But I think they’re starting to be heard more.”

Tracking numbers like those for weeks (or even a day) isn’t realistic for most parents, let alone children. So Shield is referring people to ChooseMyPlate.gov, the U.S. Department of Agriculture’s heir to the food pyramid.

That plate visual in your mind can help your kid load it up, she said. “Portion size fits into all of this.”

Shield outlined some healthy eating habits that parents should establish (but often don’t):

— Start with dairy. “When I look at a low-fat diet, I look at dairy right away, because it’s such a big part of kids’ diets,” she said.

At age 2, most children should shift to 1 percent fat or skim milk, Shield said. “But I can tell you it doesn’t happen. Most people I talk to drink 2 percent, and 2 percent still has a lot of fat.”

“If kids are drinking four cups of milk a day, it’s very healthy for them to make the change,” Shield said, “and both are equally nutritious, assuming they are fortified with vitamins A and D, as most are.”

Substitutes such as almond milk may not have the same vitamin package, she pointed out, so compare labels.

“We need vitamin D to absorb calcium, which has been a big problem. Especially in the Midwest, most people are fairly deficient. We don’t get enough sun so our bodies don’t make enough.”

— Make vegetables tasty. They don’t have to be raw, Shield said. “But you don’t have to cook them in butter. If you’re going to add fat, try olive or canola oil. It still has calories, but they’re much healthier [calories].

“I like to start with healthy fat, which helps with certain vitamins being absorbed, but if you give kids a little ranch dressing and they eat a few more, that’s okay, too. The point is to get them to love to eat healthy foods.”

— Direct the sweet tooth to fruits or low-fat dairy. “Fruits are fat-free and wonderful,” Shield said. And they don’t have to be organic. “There’s no science that shows organic is healthier.”

For yogurt, look for low-fat or fat-free, and consider the smaller 6-ouncers.

Don’t rule out an occasional treat such as a restaurant shake. “Some make them with 1 percent milk,” she said.

— Seek fiber; watch sugar. Soluble fiber, as in oatmeal, beans and many fruits, can make you feel more full and lower LDL, the bad cholesterol. “Oatmeal is one of the best cereals kids can eat,” Shield said. “Instant oatmeal is (okay), but get plain and add your own sugar or whatever else,” since some packets are loaded with sugar.

Half of the grains you eat should be whole grains, as in some boxed cereals. Those have insoluble fiber, which can help prevent constipation.

“Here’s a little trick parents can do as they’re reading labels. It only works if there’s no fruit in the cereal, because raisins have natural sugar, and the number on the label lumps natural and artificial sugars together.

“Divide the grams of sugar by 4 to find out how many teaspoons of sugar are in a serving. Aim to keep that number under 2 teaspoons. That’s pretty generous,” Shield said.

The formula doesn’t work for yogurt and other dairy products, because they have lactose, a natural sugar. “Natural sugar isn’t the problem,” Shield said. “You’re better off looking at the ingredient list at that point, because ingredients are listed in order of dominance.”

Note that some ingredients, like corn syrup or brown rice syrup, aren’t called sugar, but that’s what they are. “If they’re in there, I’d like them to be one of the last ingredients.”

— Choose meat, poultry and fish carefully. Opt for lean cuts of meat. Buy skinless chicken. “Skin doubles the fat,” she said. Though they are higher in cholesterol than boneless skinless breasts, boneless skinless chicken thighs are less expensive, have more flavor and are more forgiving of novice cooks. “You can’t wreck them. They stay moist. I marinate them in olive oil, lemon juice and oregano, then bake them, and it’s so easy.”

Buy frozen, partly for affordability, but also because so-called “fresh” fish often has been frozen previously and re-thawed. “So you don’t want to take it home and refreeze it. Ask the fishmonger, “Was this frozen?”

— Take advantage of easy reference guides. If you eat fast food, look at the nutrition boards in the restaurant.