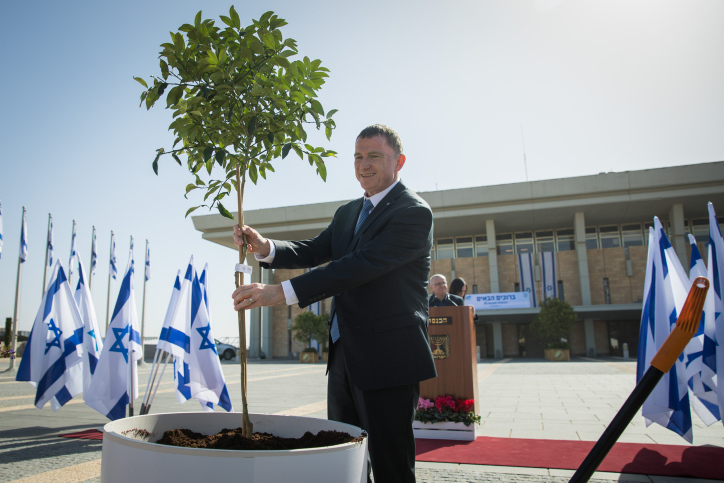 Arab MKs from both within and outside the coalition expressed their opposition to the annual pre-Tu Beshvat tree plantings on Monday.

Members of the Joint Arab List and Ra’am parties protested the plantings, and the latter threatened to boycott Knesset hearings and debates. “We condemn and reject the plowing and damage to land and the source of livelihood for Arab families,” the party was quoted as saying by Arutz Sheva at a planting site in the south.

The Likud once again blasted the coalition for partnering with the Islamist Ra’am.

“Every day the Bennett-Ra’am government descends to a new anti-Zionist low,” the Likud said. “For the first time in 73 years, a senior member of the Israeli government opposes planting trees in the Land of Israel. Bennett, be ashamed.”

Hundreds of police officers were called out to maintain order on Monday morning at the state lands near Hura in the Negev to protect JNF workers preparing the ground for planting the trees that will eventually become a forest.

Arab MKs arrived at the site to make their protest. No violence was reported.

Yediot Aharonot journalist Amichai Attali wrote that the forestation efforts in the Negev were suspended under the previous Netanyahu government.

“The freeze on planting in the Negev came into being and was realized in the Netanyahu government in light of Bedouin pressure on the king of the combos, Amir Peretz. This did not bother Netanyahu. I prefer a government with the abominable Ra’am, but one that looks reality in the eye and tries to deal with it, over the continuation of the lies and fakeness that are the whole essence of Netanyahu,” Attali said.