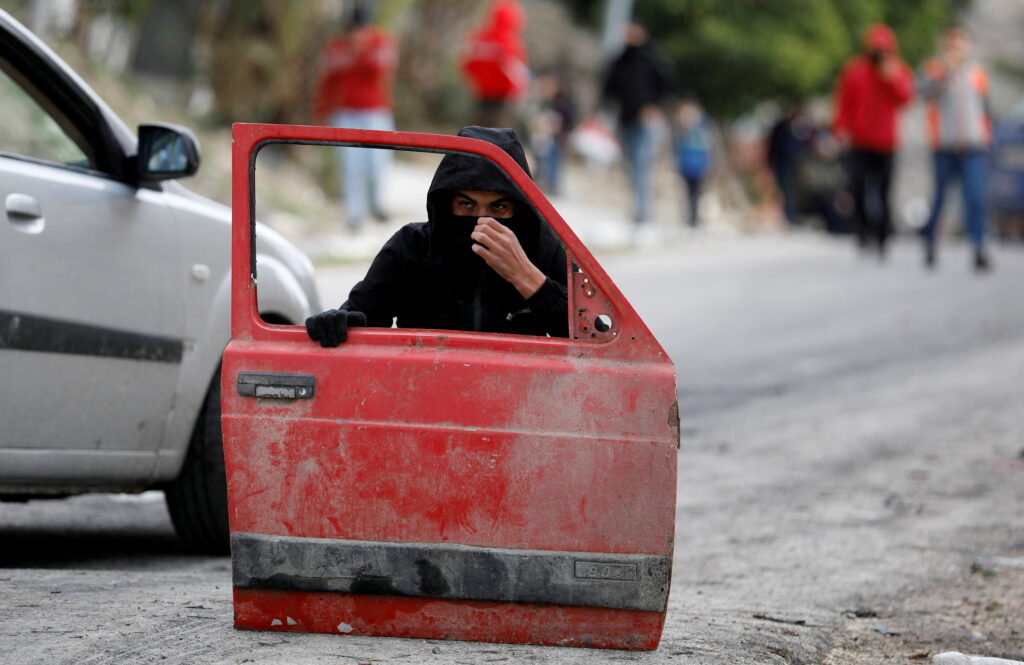 Palestinian rioters set fire to a car at the entrance to the Palestinian village of Funduk in the Shomron, as they tried to block access to the nearby Jewish outpost at Homesh on Sunday.

Israeli security forces are called in to quell the riot, according to the IDF, and firefighters arrived to extinguish the blaze, along Route 55. The military said the vehicle appears to be one that had been stolen.

The disturbances were a continuation of clashes between Palestinians and Israeli security forces on Motzei Shabbos, in the wake of the terror shooting of Yehuda Dimentman Hy”d, 25, who was returning in a car from the yeshiva at Homesh to him home in nearby Shavei Shomron.

During the clashes on Motzei Shabbos, the IDF said, hundreds of Palestinians threw rocks and burned tires and shots were fired in the area. The military said soldiers responded with live fire and “riot dispersal means,” typically tear gas and stun grenades.

A spokesperson for the military said the teen hurled a molotov cocktail at troops, and they responded with gunfire.

A soldier was lightly wounded, the military said.

Last Thursday, thousands of Jewish right-wingers marched to Homesh to mark the end of the shiva mourning period for Dimentman and to demand that the government legalize the outpost.

On Friday, Israeli forces dismantled structures that had been erected without permits at the outpost.