Israel Bennett: Israel, UAE Working Toward a Better Future for Our Children
Israel 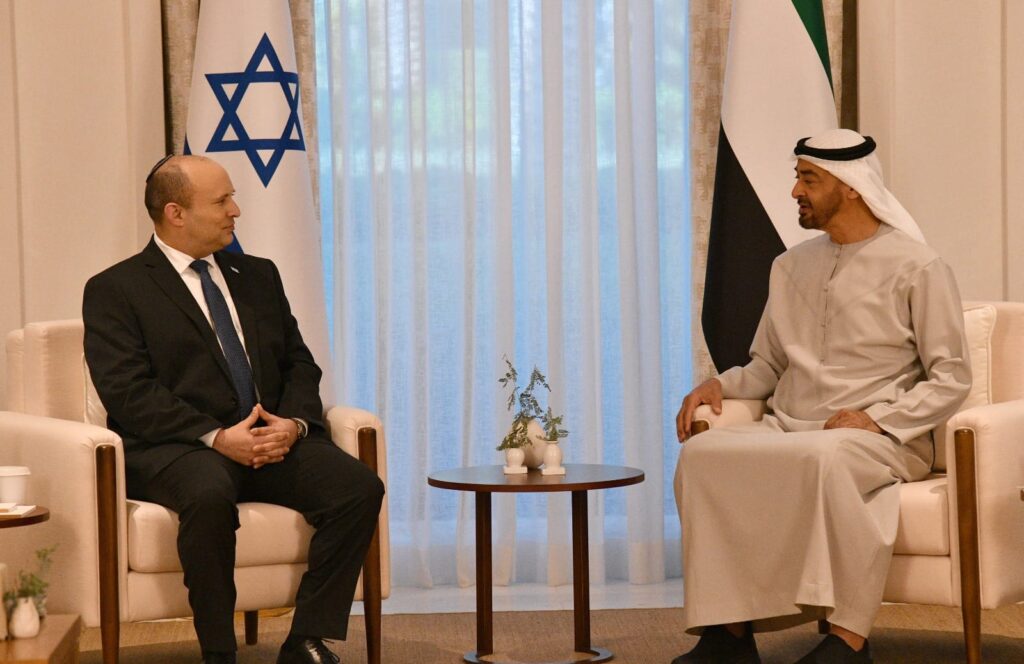 Upon landing in Abu Dhabi, Bennett was greeted by an honor guard and Emirati Foreign Minister Abdullah bin Zayed.

“I appreciate your warm welcome,” Bennett said, adding that he was “very excited” to be there on his first visit as the leader of Israel.

In an interview to the official Emirati news outlet WAM published Monday, Bennett said, “The message that I wish to deliver to the UAE leaders and Emirati citizens is that mutual partnership and friendship are natural … The period since the signing of the Abraham Accords is the best evidence that developing bilateral relations is a precious treasure for us and the entire region.

“The values of tolerance, peace and dialogue are common, and that is why the friendship that unites us developed at such a high speed,” Bennett said.

Bennett told WAM that the accords provided a “new, deep and solid structure for diplomatic, economic and cultural relations” in the region.

“In my opinion, this is the peace and the new reality this region is witnessing, and we are working together to ensure a better future for our children,” Bennett said.

Bennett said that Israeli-Emirati relations have strengthened in all sectors, with many agreements signed for cooperation in trade, research and development, cybersecurity, health, education, aviation and more.

“I look forward to the continued development and consolidation of relations,” the Prime Minister said.

In his meeting with the crown prince, Bennett expected to present information about the deployment of pro-Iranian militias and drone units recently discovered by the Israeli intelligence apparatus.

High-ranking Israeli officials say that the information will be presented in an attempt to keep the UAE from moving closer to Iran.

Bennett and bin Zayed were also expected to discuss additional cooperation in the fields of trade, tourism, and a number of diplomatic and security issues. Some Israeli officials are worried that the Emiratis will step up pressure for Israel to sell them its Iron Dome and David’s Sling defense systems, in a deal that could be worth billions.