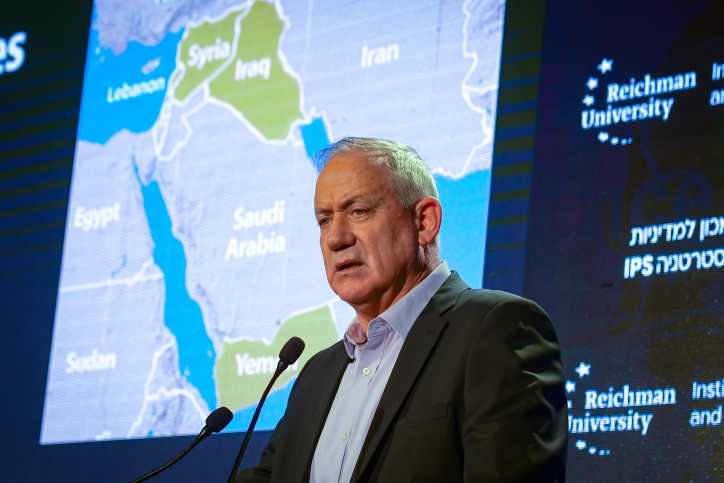 Speaking at the Institute for Policy and Strategy IPS Herzliya Conference on Tuesday, Defense Minister Benny Gantz revealed that in 2018, Iran attempted to transfer explosives to Yehudah and Shomron via drone through Syria.

Iranian drones can reach a range of 1,700 kilometers and their attacks have targeted assets belonging to the United States, Saudi Arabia, Israel as well as Sunni organizations in Syria and Iraq.

He also exposed bases in Qeshm and Shabhar in southern Iran which are used for naval attacks by means of UAVs.

Gantz said, “Iran wishes to become a regional hegemon, and after that a global power and impose an extremist ideology, in which human rights are trampled … women are sidelined, and the resources are dedicated for the benefit of the government.”

The Iranian method of becoming a regional power is to take over countries like Yemen which ranks last in the “fragile” index, Syria which ranks third before last, Iraq and Lebanon. The method is clear: First we take Damascus then we take Berlin.”