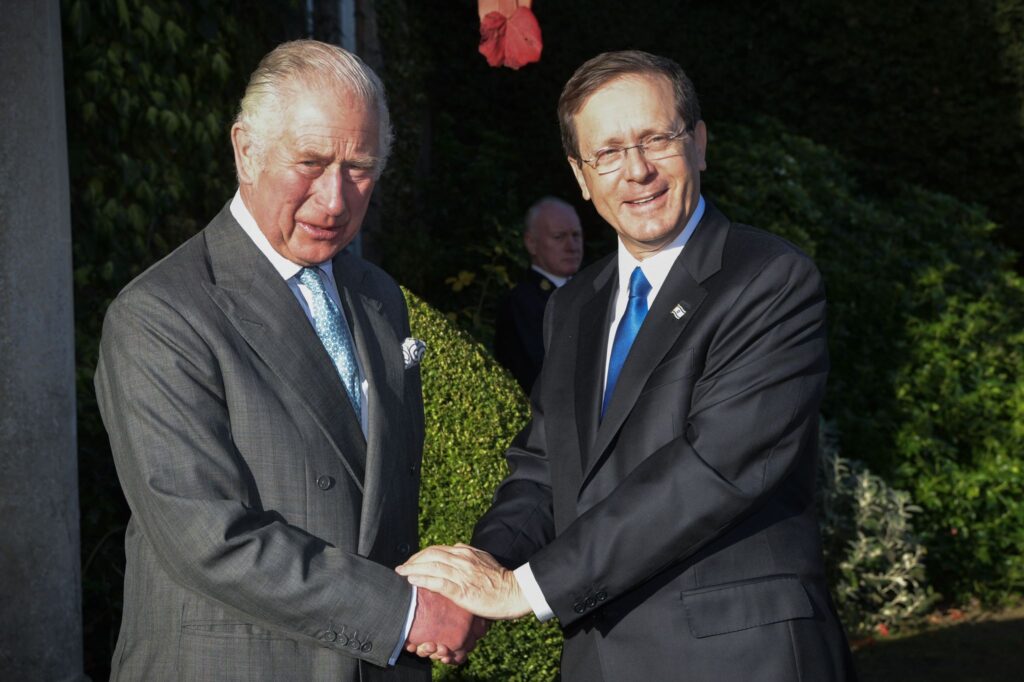 President Yitzchak Herzog and HRH the Prince of Wales, Prince Charles met on Monday at his residence, Highgrove House, where they discussed the challenges of the climate crisis and a nursing scholarship was announced in memory of the Prince’s grandmother.

The President thanked Prince Charles for his personal leadership on the environment over the years and stressed that he has made the environment a core plank of his presidency. He noted that Israel has committed to reaching net-zero emissions by 2050 and has much to contribute to global efforts through its advancement of innovative green technologies.

President Herzog stressed the great importance that Israel attaches to relations with the United Kingdom and stressed his personal affinity to Britain through his family background, as the son of a Belfast-born British Army major who participated in the Normandy landings and liberation of Bergen-Belsen, and as the descendent of rabbis who served all across Britain.

The President thanked Prince Charles for his work to promote Holocaust education and his participation in the Fifth World Holocaust Forum in Yerushalayim, in Jan. 2020. They also discussed regional issues and threats.

Finally, Herzog presented Charles a special gift, announcing the establishment of the Compassion and Perseverance Scholarship in Nursing in Memory of Princess Alice of Battenberg, the Prince’s paternal grandmother, at the Hebrew University of Yerushalayim.

Princess Alice of Battenberg, the mother of the late Duke of Edinburgh, is recognized by Yad Vashem as Righteous Among the Nations for saving Jews during the Holocaust, and she is buried in on Har Hazeisim.