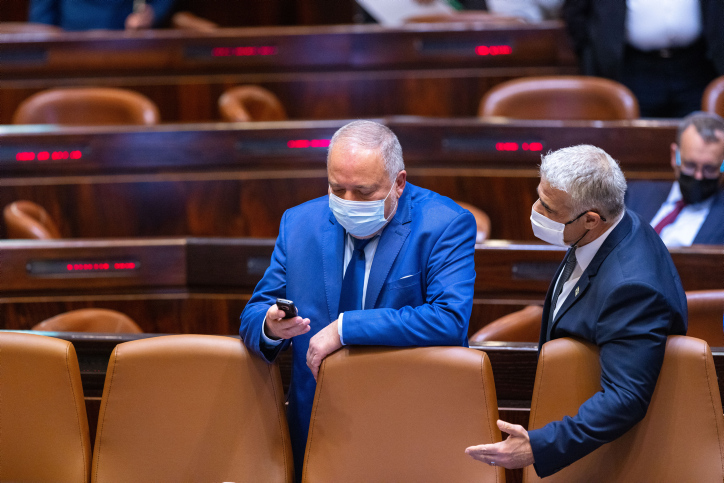 The coalition on Thursday passed the 2021 state budget bill, clearing a major hurdle and ensuring it cannot be toppled in the coming months.

The MKs began a marathon voting session on the 780-budget items bill on Wednesday morning, having to clear hundreds of reservations and amendments submitted by the opposition. The Knesset voted in the NIS 609 billion ($194 billion) spending plan for 2021 with a 61-MK majority just after 5 a.m, following an all-night session.

Voting on a host of additional budget items making up the arrangement bill – legislation that details the appropriation of government funds in practice – is expected to continue throughout Thursday followed by a vote on the NIS 573 billion ($183 billion) 2022 state budget, late Thursday night or on Friday morning.

Under Israeli law, a new government has 100 days to pass the state budget or the Knesset must dissolve, triggering a general election. This meant Prime Minister Naftali Bennett faced a Nov. 14 deadline to maintain the coalition’s hold on power, and Thursday’s vote marks a significant achievement for the government.

Addressing the Knesset ahead of the vote, Bennett said passing the budget was “the most important moment since the government was formed.”

The new budget comes “after three and a half years of chaos, failed management and paralysis, years in which the country was a tool in a personal game, years of four election campaigns one after another at a dead end,” he said.

The lengthy voting process saw at least two faux pas by the opposition: Shas leader MK Rabbi Aryeh Deri accidentally voted with the government on one budget item as later so did Opposition leader MK Binyamin Netanyahu. In either case, however, their votes did not change the outcome.

Netanyahu tried throughout the night to win over the one vote needed to block its passage. He held meetings with numerous MKs but failed to win any over.

Barring a dramatic political upset, the coalition faces a rotation in the premiership in late 2023 when Bennett is expected to step aside and make room for Yair Lapid. The power-sharing deal also states that in the event early elections are called the caretaker prime minister would be Lapid, not Bennett.