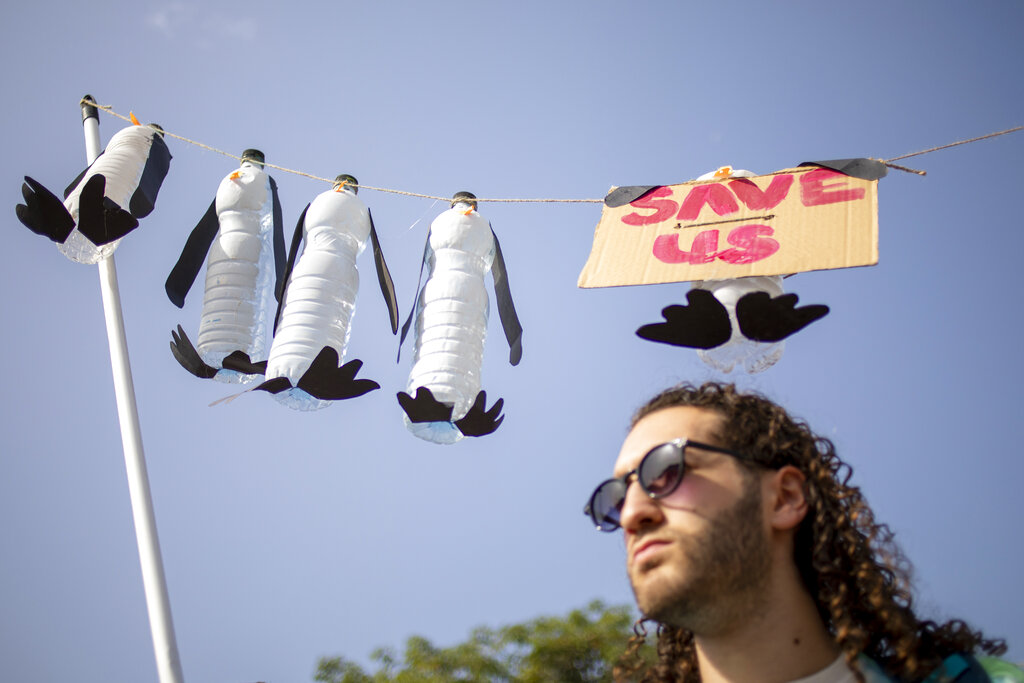 Israel said it hopes to reach zero greenhouse gas emissions by 2050, as thousands of protesters gathered in Tel Aviv to demand action ahead of this week’s U.N. summit on climate change.

As a small country, Israel contributes little to global warming, but officials say it has much to offer the world in terms of green technologies. Israel, which has already had to adapt to life in a parched region, is widely considered a world leader in areas such as solar energy storage, sustainable protein alternatives, agriculture technology and desalination.

Prime Minister Naftali Bennett announced the pledge in a statement Friday, saying it was a continuation of efforts already underway to combat climate change.

“With the new goal, Israel is lining up alongside the developed countries that are already taking action to attain the goal of zero emissions,” he said. “We are responding to the global challenge, finding technological solutions and joining in to achieve this important goal.”

Israel had previously said it would fall short of the goal of the international community to reach zero net emissions by 2050, expecting to reduce emissions by 85% by that time. Environmentalists have cited the country’s reliance on newly discovered natural gas for energy for the lower target.

Thousands of people gathered in Tel Aviv on Friday to demand action.

International officials will meet in Scotland from Sunday to try to accelerate efforts to curb climate change, with more than one world leader saying humanity’s future is at stake. Six years after the historic Paris climate agreement, carbon pollution from coal, oil and natural gas is increasing, not falling.