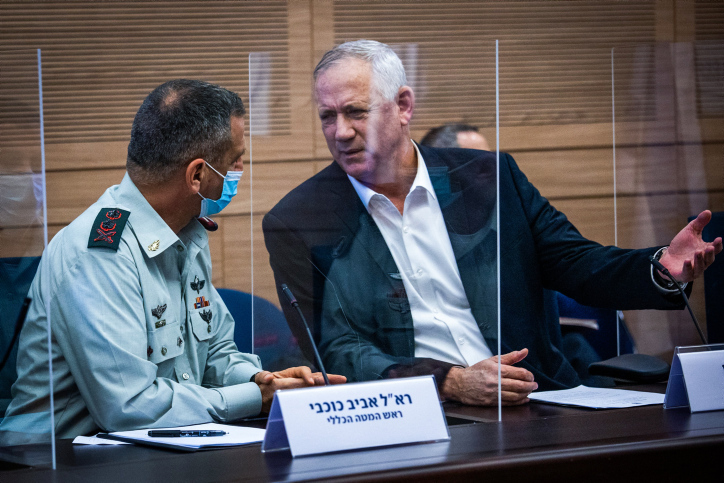 Left-wing members of the Bennett-Lapid coalition denounced its decision to approve over 3,000 new homes for Yehuda and Shomron, adding to the international uproar.

The Labor party attacked Defense Minister Benny Gantz, leader of the Blue and White party, for authorizing the housing starts (the committee that rules on them operates under the defense ministry):

“Someone who makes diplomatic declarations with international implications in an irresponsible manner, without coordination or preparation, and approves 3,000 new housing units in Judea and Samaria is, how should we say it, no Rabin,” the statement read in a tweet on Wednesday.

Meretz MK Mossi Raz joined in: “I hope he will show responsibility and stop this destructive building and the series of populist decisions that harm the government and the State of Israel,” he said, referring also to the decision last week to designate several Palestinian rights groups as terror fronts.

Gantz’s party responded: “Someone who calls for refusal to enlist shouldn’t preach about diplomatic and security responsibility,” a swipe at Labor chairperson Merav Michaeli, for past comments about enlistment.

Public Security Minister Omer Barlev of the Labor party told Blue and White to lay off the moralizing:

“No one in Blue and White will preach to me, or us, about diplomatic and security responsibility,” he says.

“I call on the Prime Minister and the Foreign Minister to put the State Department spokesman and Deputy Ambassador in their place, and make it clear to them that the British Mandate and the Turkish government have long since ended,” Dagan said, according to Arutz Sheva.

“No government in Israel can hide behind the excuses of American pressure because the decision is only the Israeli government’s. There were pressures, there are pressures, and there will be pressures to come. The ball has never been in Washington, it is always in Jerusalem. This is not Biden, this is Bennett, this is not the State Department, this is the Israeli government,” he said, adding that construction “all over” Yehuda and Shomron is something that “will be.”