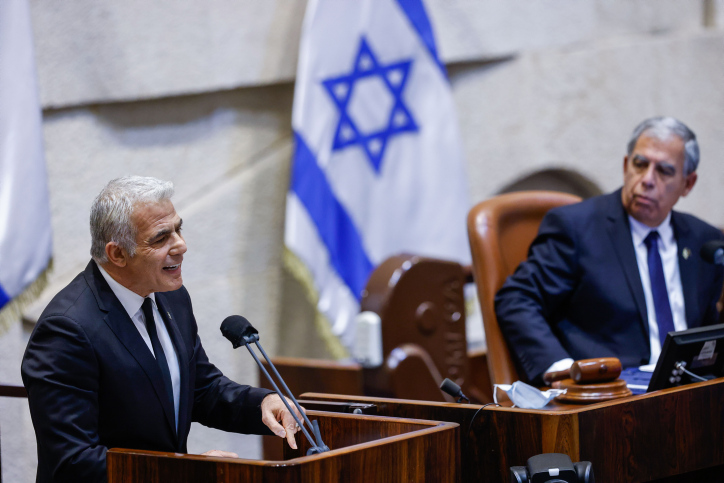 A day after a fractious session in the Knesset in memory of former Prime Minister Yitzchak Rabin, Interior Minister Ayelet Shaked took a swipe on Tuesday at her coalition partners Foreign Minister Yair Lapid and Health Minister Nitzan Horowitz for their speeches.

Shaked wrote in an online post that the “wild incitement” must stop and that the discourse had crossed a line.

Shaked said that she did not initially comment on Monday because she did not want to add unnecessarily to the friction on a day that should teach people of the importance of managing differences of opinion.

“Upon hearing the speeches yesterday, I just cringed. The labeling of a large part of the electorate as opponents and assassins of democracy is a terrible injustice done to people with a valued ideology, who are forced every year on this day to endure slurs and insults, including [against] their representatives,” she wrote.

“Such labeling excludes half of the people from the democratic game; it is not the preservation of democracy but instead shows contempt,” Shaked said.

“There is no ‘good’ versus ‘bad’ here. These are people, and people need to respect one another.”

Shaked also said that she was glad that MK Shirly Pinto, a fellow member of the Yamina party, deleted a tweet making accusations against opposition leader Binyamin Netanyahu.

“Yigal Amir’s ideological heirs are today serving in Israel’s Knesset. Had we not performed the miracle of the ‘change government,’ they would be ministers in the government,” Lapid said, as Betzalel Smotrich, who heads the Religious Zionism party, was escorted out of the Knesset plenum by security guards, shouting, “You’re an anti-Zionist.”