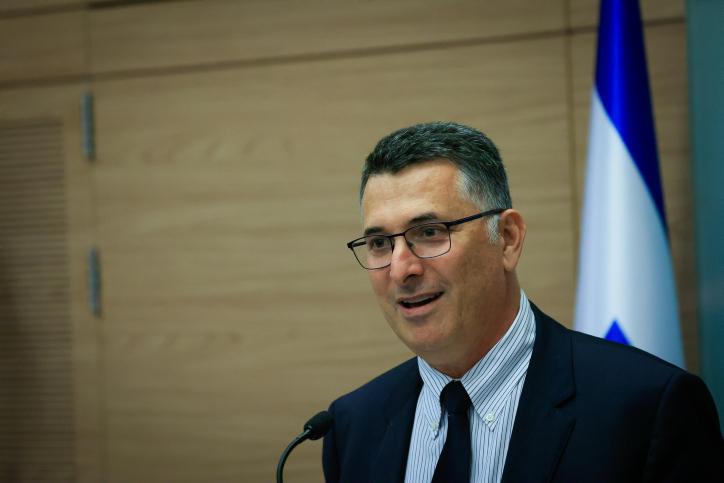 The Israeli government moved on Sunday to expand its arsenal in the fight against crime in the Arab sector by proposing searches without warrants for the seizure of evidence, The Times of Israel reported.

“We’re at war. We must give the police and law enforcement agencies better tools to succeed in their missions,” Justice Minister Gideon Sa’ar told the cabinet, according to his spokesperson.

With the cabinet’s backing, the bill will be put on a fast track for passage in the Knesset.

Existing law already allows police to conduct warrantless searches for a number of reasons, including when they have grounds to believe a crime is being committed in a house or after those in the house have turned to the police for help.

But Sa’ar wants to add another category: allowing police officers to enter homes to seize evidence related to serious crimes when they have reason to fear it would otherwise be destroyed, thus preventing prosecution.

Police say that tampering with or destroying security camera footage that could convict them is a common tactic.

“The real problem is not the cameras themselves, it’s the computers which store the footage at the crime scene. For that, you need a court warrant. [The proposal] could help — it won’t solve the whole issue, but it could help,” explained former deputy police commissioner Shahar Ayalon, who held various senior positions in law enforcement before retiring in 2011.

But Arab officials have been wary of the idea since Sa’ar first advanced it last month, charging that it would lead to police abuse.

“This would be a violation of civil liberties. In fact, it would be a form of collective punishment — most Arabs aren’t involved in this criminal activity, but this law could be applied to them,” Umm al-Fahm Mayor Samir Mahameed told ToI.

The move comes amid a wave of violent crime in Arab communities that has rocked the entire country. Some 84 Arab citizens and 15 Palestinians have died in homicides inside Israel since the beginning of 2021, according to the Abraham Initiatives nonprofit. Organized crime, family feuds and lack of law enforcement have been blamed for the scourge.

Mahameed instead proposed raising the sentence for weapons possession. Hundreds of thousands of illegal guns are believed to be held in Israel, many of them in Arab communities. Police have sought to crack down on the free-flowing weapons — through gun collection programs and arms raids — but seemingly to little avail.

“It makes no sense that someone can be caught with weapons and sit in prison for a few months. Raising the punishments is a necessity at this point,” Mahameed said.

He’s not the only one who thinks so, officials have promised to increase the penalties for illegal arms possession. A new bill published by the Justice Ministry on Friday would raise the maximum sentence from three to five years in prison.