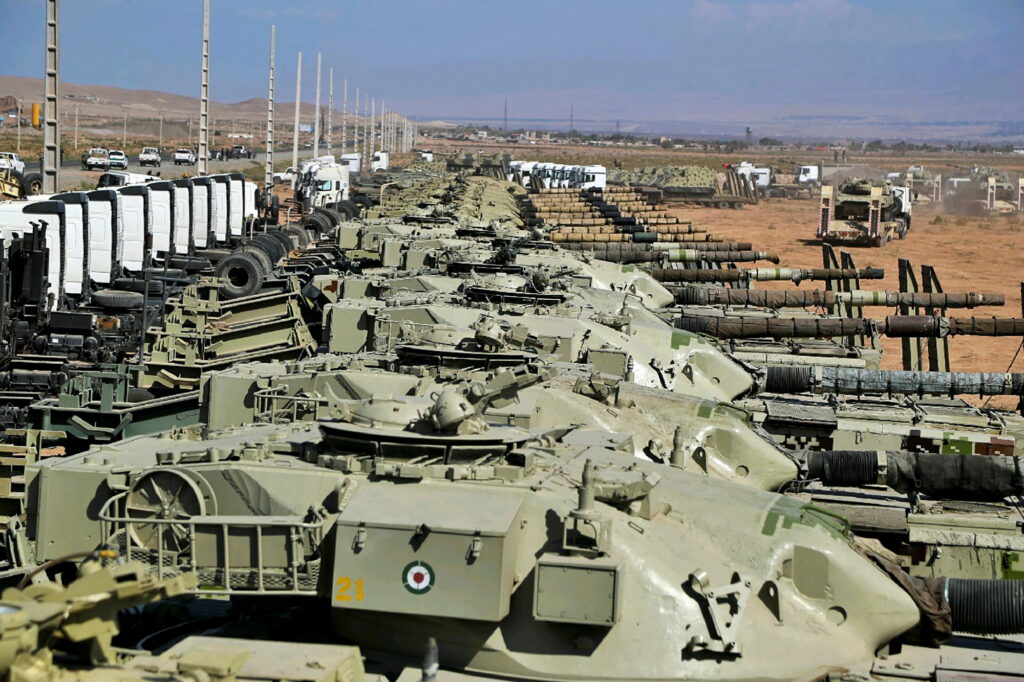 Iran-backed forces in Syria said on Thursday they would respond forcefully to an Israeli strike over Syria’s Palmyra area in the province of Homs on Wednesday evening in the second such strike within a week.

The Syrian Defense Ministry said in a statement that one soldier was killed in the attack that took place at 11:34 p.m. (local time) and targeted a communications tower and caused some material losses.

Israel has kept silent about the strikes that came days after Damascus reported its air defenses intercepted an Israeli missile attack above the Homs countryside, wounding six Syrian soldiers and causing some material damage. Israeli missiles flew over Jordanian airspace above U.S. forces based in the Tanf area at the Syrian-Iraqi border, the Syrian Defense Ministry statement said.

Israel has for several years been mounting attacks on what it has described as Iranian-linked targets in Syria, where Tehran-backed forces including Lebanon’s Hezbollah have put down a presence since deploying to help President Bashar al-Assad in the Syrian conflict that erupted in 2011.

A statement by the so-called operations room of Assad’s Iran-backed allies said the response to the strike would be “very cruel,” adding casualties would have been much higher had its forces not been well spread across the desert area.

“As a result of this attack a number of martyrs and injured from our Mujahedeen brothers have fallen,” the statement said without elaborating.

“We have taken a decision to respond to this attack in revenge for the martyrs and the blood of the injured and the response will be very cruel,” said the statement published on pro-Iranian news outlets that Reuters verified for authenticity.

A senior military source who requested anonymity said the strikes hit among other targets the T4 air base where Iran-backed militias launched drone strikes in recent months against U.S. bases in northern Syria.

The Palmyra area where the strikes were conducted are close to a major concentration of Russian bases and where its troops conducted in recent days maneuvers with Syrian troops, military experts say.

Israel wants Iranian and Iran-backed forces kept away from its border and more broadly, removed from Syria entirely.