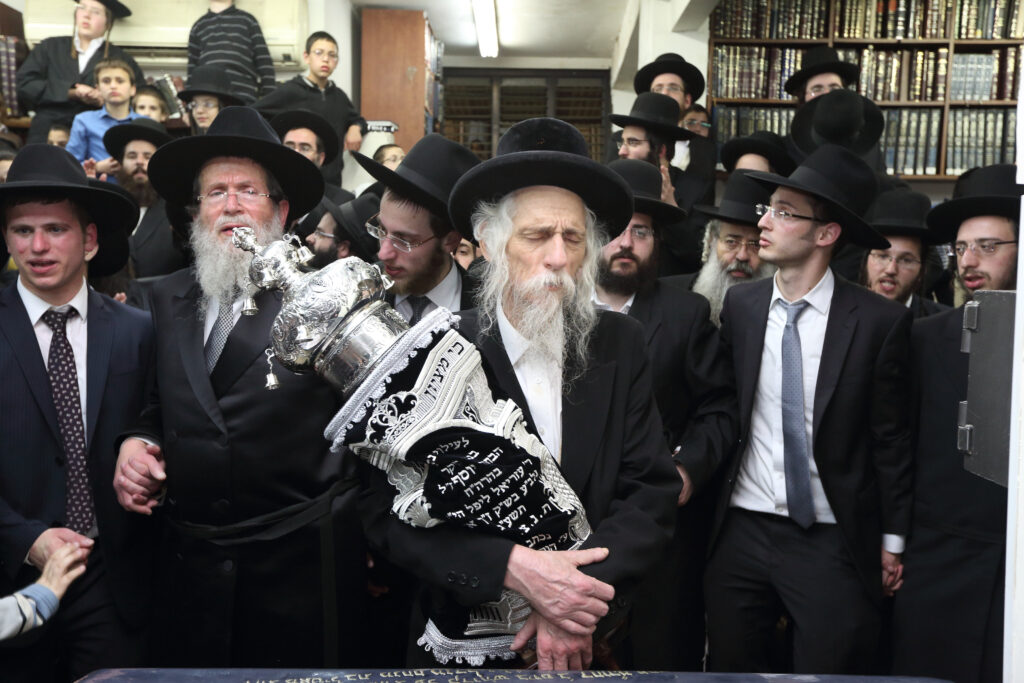 The Torah community was in uproar upon learning of the detainment of the Strikover Rebbe, shlita, one of the foremost Rebbes in Bnei Brak, by the Tel Aviv police on Tuesday night.

The Rebbe was detained by the police for several hours after arriving with his Chassidim and Rebbetzin Koledetsky, the daughter of Harav Chaim Kanivesky, shlita, at the home of the owner of a store that sells nonkosher phones in Bnei Brak, in an attempt to persuade him to stop selling these phones to the Torah public in Bnei Brak.

The Strikover Rebbe is one of the leaders of these efforts.

In recent months, the number of stores that sell only kosher phones in Bnei Brak has risen from 12 to 33, thanks to these efforts by Rabbanim and askanim.

On Tuesday, the Rebbe traveled to Tel Aviv to try to speak to the store owner on a personal basis, that he stop selling these phones in Bnei Brak. The Rebbe came together with Rebbetzin Koledetsky, who spoke to the store owner’s wife, but, unfortunately, to no avail. They called the police, who came and detained the Rebbe for several hours.

The severe arrest caused an uproar in the Torah community, and after the police realized that they had overstepped the line, they released the Rebbe and his entourage.