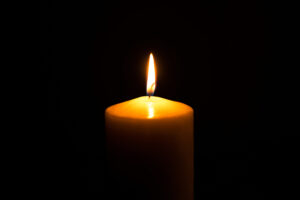 I am deeply saddened by the petirah of my yedid nefesh of five decades, Rabbi Reuven Savitz, zt”l.

He accomplished far more than people know about and helped countless individuals throughout his life. He earned a sterling in every sector that he touched while working for the klal during his years heading major institutions, including as executive director of Bais Yaakov of Baltimore, the Orthodox Union, Montefiore Hospital, the Hospital for Joint Diseases and the New York City Board of Education.

Rabbi Savitz was a model of integrity who never compromised on what he believed was right, regardless of any consequences for him.

His advice and counsel were widely sought and valued by leading personalities, and I was a beneficiary as well.

He was an anav who shied away from public recognition, although he was recently honored by numerous organizations, including Bais Yaakov of Baltimore and Yeshiva Rabeinu Chaim Berlin. He maintained a lifelong kesher with the yeshiva and its roshei yeshiva, which remain an integral part of his life.

Together with ybl”c his wife Miriam, they raised three children who follow in their path of Torah and mitzvos.

His loss leaves a void which is felt by the family and by Klal Yisrael.